Katharine McPhee gushed over the fun new tradition she started with her sister & their newborn kiddos for their first holiday season in an interview with HL!

Katharine McPhee Foster‘s soon-to-be 1-year-old son is celebrating his first holiday season and the new mom is pulling out all the stops to make sure it’s a special one with new traditions! The MINDD spokeswoman joined HollywoodLife for an IG Live interview, and there, she opened up about her holiday plans with husband David Foster and their son Rennie! “We absolutely have a new tradition that we’ve officially started! My sister and I took my son Rennie and her two sons, and a couple friends to Disneyland a few days ago! They loved it! It’s the coolest thing to take a nine-month-old to Disneyland — they frickin love it! We took them on all the little rides, it was all Christmassy and decorated,” Kat gushed.

She continued, “I ate like ten churros because that’s my favorite part of Disneyland. And so my sister and I just reminisced the next day and said, this was so much fun. We really need to make this tradition. So I think that’s what we’re going do. We’re just going have an annual trip to Disneyland!” The former SMASH star added that when it comes to gifts for Rennie, she’s going to get him a “few presents” this year, but wants to “wait until he’s older” to really go full-on Santa! “When there’s just like, stuff everywhere, kid stuff everywhere, I just can’t go to bed. So late at night, I’m cleaning things and putting them in shelves and cabinets so that you can’t see it!” the Masked Singer star laughed.

When looking ahead to Rennie’s first birthday, which will be on February 22nd, 2022, Katharine admitted she “cherishes every single moment” she’s had with him. “Not to harp on Disney man, but that was pretty, pretty great, too!” she gushed. “The moment he was born. I go back and watch videos, and it’s hard to pick one. He’s just so sweet.” Aw! 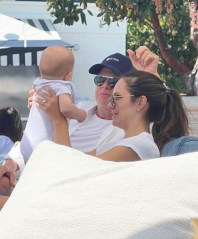 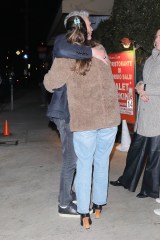 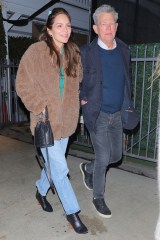 Katharine also spoke to HL about her ongoing partnership with MINDD, an inclusive intimates brand she discovered during her pregnancy. “I fell in love with the product. you can go look in comments as well under like the mind Instagram, people don’t take these bras off. This is the most comfortable bra, and I immediately engaged with them and the partnership sparked from there,” she explained.

The actress just released her own collection with the brand, that features a variety of lacy bralettes, fitted bodysuits and comfy bras that are great for everyday movement! Check them out at MINDDbra.com.