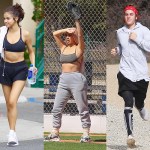 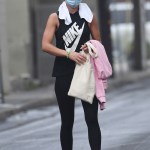 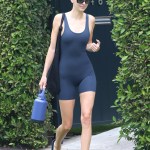 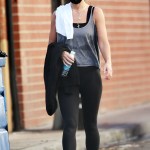 The ‘Dark Horse’ popstar opened up about her workout regiment and her morning rituals, as she gets ready to take the stage in Las Vegas.

You can’t knock the hustle! Katy Perry divulged all the details of her typical workout routine, while she prepares for her “Play” residency in Las Vegas, in a new interview with The Wall Street Journal on Monday November 22. The 37-year-old singer admitted that she tends to arrive late for her meetings with her personal trainer, and she has a pretty set ritual with her daughter Daisy, 1, and fiancé Orlando Bloom, 44, to kick off her days.

Katy joked about how exercising is certainly not her favorite part of her day. “My exercise routine is being half late to the workout because I hate working out. I’m always like, ‘I’m so late, too bad I can only do a few things,'” she told WSJ, via ET. “The guy who works me out is like, ‘Yeah, right.'”

The American Idol judge also said that to prepare for the Vegas residency, which starts on December 29, she’s been hitting the gym three to five times a week and mostly focuses on “strength training and weights,” to gear up for the shows. She also revealed another physical activity that gets the whole family involved. “We also like to hike. Orlando has one of those hiking backpacks that we can pop Daisy into; she loves it,” she said. 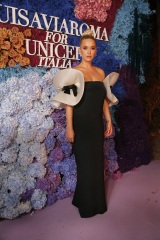 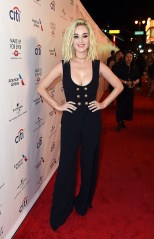 Other than the workouts, Katy also explained that the couple begin each morning by playing Bill Withers’ “Lovely Day,” and then she and Orlando “drink a couple strange drinks or healthy concoctions in the morning before we cram in our coffee.” She also said that some of the concoctions they share are a Niacin (or Vitamin B) drink that “makes us all red and gets the blood moving,” and a celery juice that “just gets the movements going.” She said the drinks are good to get started. “We need all the help we can get,” she said. Katy also revealed that she starts her day with some verbal affirmations and about an hour of reading and playing with Daisy.