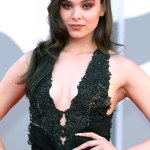 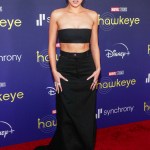 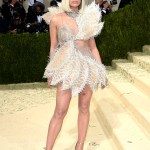 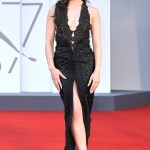 Hailee Steinfeld absolutely slayed in a rhinestone bikini on the cover of ‘Cosmopolitan,’ where she talked about ‘Hawkeye’ and the final season of ‘Dickinson.’

It’s a big month for Hailee Steinfeld. On Nov. 5, the third and final season of the 24-year-old actress’s hit Apple TV+ series Dickinson premiered. Coming next: Hailee will join the Marvel Cinematic Universe as Kate Bishop in Disney+’s Hawkeye, which begins on Nov. 24. Hailee proudly spoke about both these projects in a new Q&A interview with Cosmopolitan, as part of the magazine’s December/January cover story. She looked drop dead gorgeous on the cover, wearing a sparkly, rhinestone bikini with her legs submerged in a pool.

In Hawkeye, Hailee stars as the bow-and-arrow apprentice to Jeremy Renner‘s Clint Barton. Florence Pugh is in the show as well, reprising her role as Yelena Belova from Black Widow. “I think we just had similar energy,” Hailee told Cosmopolitan of the instant connection she shared with Florence, 25. “We had a moment together where we were shooting and something went wrong. There was no recovering from it. I started laughing so hard that somebody thought I was crying and I just remember a flood of people rushing in and being like, ‘Is everyone okay?’ And I’m literally facedown on the ground, just hysterically laughing. Mind you, we were in a scene that was in no way, shape, or form meant to be at all funny. We really did have a wonderful time together.”

Hailee also reflected on the emotional moment she learned she was joining the MCU — a milestone moment for any actor in the business. “I was actually pulling up to set on Dickinson. My driver got out of the car and went to open my door and I held it shut because it was like, ‘I need a moment,’ ” she explained. “I hadn’t gotten a ‘you got the job’ call in a minute. My mom was on the phone and I started crying in the back seat of the car. I was like, ‘Wow, this is so wild.’ ” 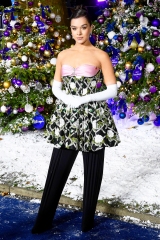 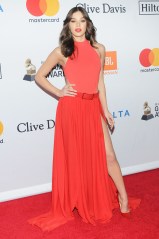 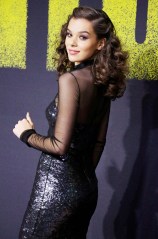 As for Dickinson, Hailee is immensely grateful she had the opportunity to play iconic poet Emily Dickinson and explore her sexuality in the Apple series. “It feels pretty amazing to be part of a show that makes people feel like they can fight against whatever box anybody is trying to put them in and to play a character who was so unapologetically herself during a time when being who you are was wildly unacceptable,” Hailee said. “There was one path that women were supposed to take, and she was running in the opposite direction. I just love that about her.”

Sadly for fans, Dickson‘s three-season run will wrap on Christmas Eve. But the silver lining in the coming-of-age story concluding is that Hailee believes the show “absolutely” nails the ending. “This story and this season specifically is very hopeful, and there is, of course, loss and heartbreak and the weird and wild Dickinson humor,” she explained. “But it all wraps itself up in a way that leaves you feeling good. And it’s not over, in a sense. Emily Dickinson’s work lives on, and this show will hopefully live on.”