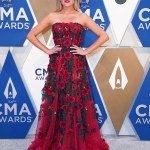 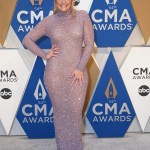 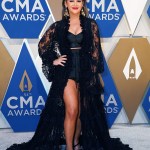 Nominated country duo Maddie & Tae dished on their CMA Awards outfits ahead of tonight’s big show & teased what to expect on their upcoming album!

Lights, camera, country! Country duo Maddie & Tae are releasing hit after hit as they prepare for the full drop of their upcoming album, so it was no surprise they got the look from the Country Music Association for Vocal Duo of the Year for the eighth year in a row! “It’s always such an honor,” admitted Taylor Kerr of Maddie & Tae in an EXCLUSIVE interview with HollywoodLife. “Getting to hear our names being called out among other artists that we are just in love with and obsessed with is really cool.” Maddie Font added, “We also love getting to represent the women in country with the duo category because it’s very rare that you see all female groups these days, unfortunately.”

The duo, who have been making music together since moving to Nashville after their high school graduation in 2014, revealed that when it comes to their outfits for these major awards events, they always try to collaborate while also showing off their individual styles. “We do everything together!” Maddie laughed. “Almost always, Tae finds her outfit before me. I can be a little indecisive, and I have to try on a couple things to really get married to my dress. So Tae usually picks hers and I will match her!”

Tae continued, “It’s a fun process, too. Because I feel like for us, whenever we dress for a red carpet specifically, we try to tell somewhat of a story. Whether it’s our mood or maybe something with the album, like the colors that are vibing with that. Since there’s two of us, there’s two of us telling the story, so it’s like double the fun!” 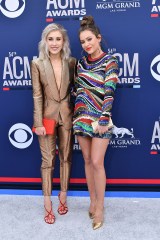 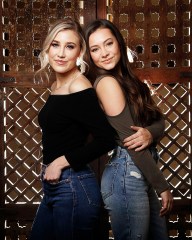 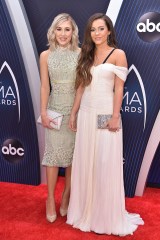 This CMA Awards, Maddie & Tae have the help of Hot Tools and the Hot Tools Pro Signature One-Step Detachable Volumizer! “I definitely am into the little ’60s half up with the flip, because I do have shorter hair, so I’ll use my Hot Tools Pro Signature Volumizer to make little flippy ends!” Maddie dished on her CMAs hair hopes. Tae added that she plans to do big, voluminous curls, which can also be achieved with the hair tool. The unique styling tool has three different detachable brush head options so can achieve any style you want, whether it’s a voluminous blowout, beautiful waves or sleek, straight hair.

The “Fly” singers also dished on their forthcoming album and how their sound and inspirations have changed over the years. “I think sonically, we’ve made a lot of growth from our first record to now. I think Maddie and I have definitely found a balance of songs that we grew up listening to and kind of like what our style is now and I think that’s represented really beautifully throughout the record,” Tae said. “The topics are maturing as we mature and come to find ourselves within our marriages, and you’ll hear that throughout the whole album.”

“I think there’s a different confidence level with this third record and the music that we’re putting out, now as 26-year-old women, after being thrown into the limelight at 18,” Maddie continued. “It’s taken a lot to love the bodies we’re in and accepting our personalities, quirks and all, and I think our fans are going to be really happy to hear that.”

Be sure to tune into the CMA Awards tonight at 8 PM ET on ABC, and listen to Maddie & Tae’s most recent single, “Madness.”