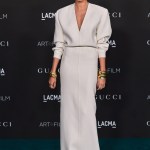 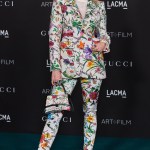 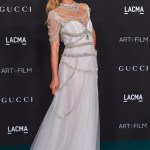 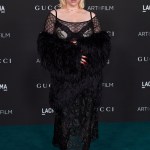 Diane Keaton showed up looking just like her iconic character Annie Hall from the 1977 film of the same name when she attended LACMA’s Art + Film Gala in Los Angeles, CA this past weekend.

Diane Keaton, 75, was a gorgeous sight to see during her latest public appearance! The actress was one of many best dressed stars to attend the Los Angeles County Museum of Art’s 2021 Art + Film Gala on Nov. 6 and gave us nostalgic vibes with her outfit! She looked very similar to her character Annie Hall in the 1977 film of the same name when she wore a dark blue sequined blazer over a white button-down top and matching sequined pants as well as a black beret and heeled boots.

The talented beauty also added dark-framed glasses to her look and had her shoulder-length hair down as she smiled for photographers on the carpet of the event. She mingled with other celebs and looked as happy as could be to be there despite not often attending public events in recent years.

Before she wowed at LACMA, Diane made headlines for announcing her new project with Justin Bieber: a cameo in his music video for his song “Ghost.” She took to Instagram to share her excitement over the news with pics from the video and a sweet caption. “AM I DREAMING??? WHAT AN HONOR IT WAS TO WORK WITH JUSTIN BIEBER AND HIS INCREDIBLE TEAM!!!” the caption read. 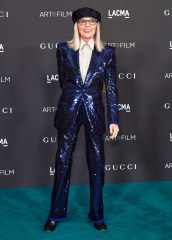 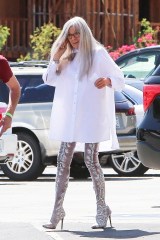 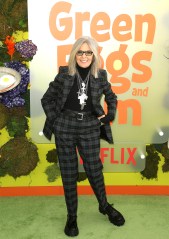 Earlier this year, Diane also got attention when she was spotted filming Mack & Rita in an outfit that showed off her fit figure. It included a loose white button-down top worn as a dress and thigh-high snakeskin heeled boots. She also rocked a long gray wig and glasses and although she looked quite different from how we’re used to seeing her, she still looked incredible!

She was also seen confidently wearing loose jeans, Converse sneakers, and a checkered button-down shirt later in the day, proving she can look great in just about any set of clothing. Diane is portraying the character of Aunt Rita alongside Once Upon A Time actress Elizabeth Lail, who will portray Mackenzie, in Mack & Rita, which is set to be released in 2022.