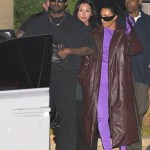 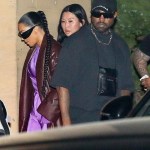 On the Nov. 4 episode of the ‘Drink Champs’ podcast, Kanye West opened up about his relationship with Kim Kardashian amidst her recent hangouts with Pete Davidson.

Kanye West didn’t directly comment on Kim Kardashian and Pete Davidson’s relationship when he appeared on the Drink Champs podcast on Nov. 4. However, he did make it clear that he and Kim are not divorced just yet. “SNL was making my wife say, ‘I divorced him’ on TV because they just wanted to get that bar off, and I ain’t ever seen the papers,” Kanye explained yet. “We ain’t even divorced. That ain’t no joke to me.”

The Donda rapper went on to add, “My kids want their parents to be together. I want us to be together. But if you look at the media, that’s not what they’re promoting. They want there to be a new wedding, a new episode, a new TV show.” Kim filed for divorce from Kanye in February 2021, but the split has not been finalized yet.

Still, Kim appears to be moving on, as she’s been spending quite a bit of time with Pete recently. The pair connected when Kim hosted Saturday Night Live on Oct. 9, and one of the skits featured them kissing. Three weeks later, they were photographed hanging out with friends at Knott’s Berry Farm in California. At the park, they rode a roller coaster together, and HollywoodLife obtained EXCLUSIVE video of them holding hands as they got off the ride.

Just days later, Kim jetted off to New York City, where Pete lives, to attend the Wall Street Journal Innovator Awards. While in town, she headed over to Pete’s native, Staten Island, for a private dinner date. One day later, the two were spotted having dinner together again, this time at Zero Bond in Manhattan.

As HollywoodLife EXCLUSIVELY reported, Kanye is not thrilled about the new connection Kim seems to be forming. “Kanye was really put off by Kim holding hands with Pete,” our source revealed. “He did not like it at all. He asked Kim to ‘please refrain’ from showing PDA with anyone until their divorced is finalized.”

Meanwhile, on the Drink Champs podcast, Kanye also discussed Drake’s public comments about Kim. “I had this conversation with Drake and he’s like, ‘I never f***ed Kim,’ and I’m like, ‘But you acted like you did!’ Kanye explained. “You have these bars like, ‘Hidden Hills, give your wife chills.’ It’s disrespectful. It’s to the point where Kim is like, ‘I don’t listen this n***a anymore. He’s acting like we f***ed.’ [Me and Drake] never had that conversation like, ‘Did you f*** Kim?’ It’s like, ‘Did you DM her?’ It’s everything else around it. It’s not just the actual act of it. So I could be sitting here like, ‘Did he or did he not?!’ I would rather [he] did and I [know]!”