The Real Housewives of Beverly Hills four-part reunion concluded on Wednesday, but more drama continues to be revealed. On the night the final episode aired, Andy Cohen shared an unseen clip on Watch What Happens Live of Erika Jayne and Garcelle Beauvais going at it at the reunion — a clip that apparently hit the cutting room floor.

“Would you sit there and allow yourself to be called a liar?” Erika, 50, asked Garcelle, 54, while discussing the combative dinner at Kathy Hilton‘s where Erika told Sutton Stracke she would “come for her” and to shut up. “I would get up and leave before I … [threatened her],” Garcelle told Erika, who later asked, “You wouldn’t have turned and fought your ass off, Garcelle?”

Garcelle insisted that she “would have fought for [herself]” but not with Erika’s fighting style. “I wouldn’t have threatened her,” she said. “It’s not in my instincts.” Erika then went on to make her point: “Until you’re in my position and being accused heinous s–t … there are no rules here.” Erika faced scrutiny all season after accusations about her ex-husband, Tom Girardi surfaced of him allegedly stealing settlement money from clients he represented — many of whom were airplane crash and burn victims. 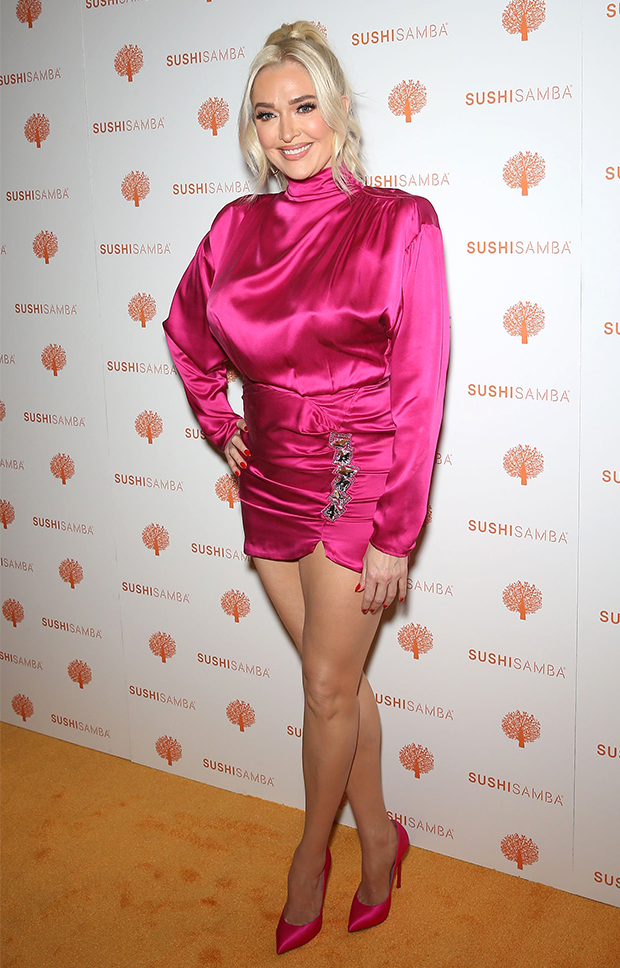 Things definitely got feisty between Erika and, well, pretty much everyone during the four-part reunion special which finally concluded on Nov. 3. Although many of the women have sparred with the “Painkiller” singer, she and host Andy also went head-to-head a couple times as the Bravo impresario grilled her on various topics that plagued fans all season.

During one particularly dramatic part of the show, Erika revealed that Tom called her almost every day since their split. Andy probed her about asking Tom if he did indeed defraud his clients to which Erika responded, “I’ve asked him how he could put me in this position,” she told Andy while tearing up. “I asked him … why would you leave me with millions of dollars of lawsuits pointed at me?”