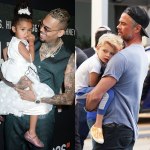 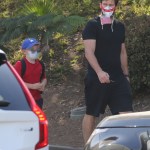 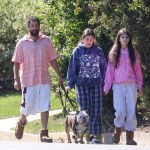 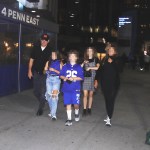 Mark Wahlberg is officially the best girl dad ever as he let his 11-year-old daughter, Grace, paint his nails in a cute new video.

Mark Wahlberg, 50, proved he is the best girl dad when he posted a video of himself after his 11-year-old daughter, Grace, painted his nails. In the video, Mark said to the camera, “I thought Halloween was over…she got me again,” as he held up his hand which was covered in extremely long pointed tips with black spiderwebs painted on them.

After he showed off his new manicure, he panned the camera to Grace who smiled and laughed at her dad. Mark posted the video with the caption, “I thought Halloween was yesterday,” with a crying laughing face emoji and a heart. Fans immediately rushed to the comments section writing how hilarious the video was while others gushed about how cute it was that he would let his daughter do that.

Mark is super close with his four children – Grace, Ella, 18, Michael, 15, and Brendan, 13 – that he shares with his wife, Rhea Durham. Just last month, he celebrated his daughter Ella’s 18th birthday when he posted a baby photo of him and her along with a photo of him and his sister Debbie. Mark’s sister Debbie passed away at the age of 43, on the exact same day that Ella was born in September 2003. 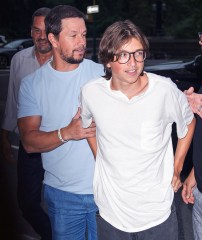 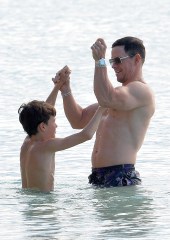 He posted the two photos with a heartfelt caption that read, “Happy B day my Ella. 18 years old wow how time flies. So proud of you !! Always A bittersweet day . Missing my big sister Debbie Ella’s Guardian angel.”