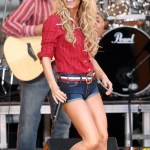 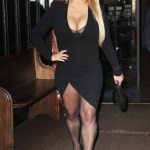 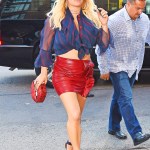 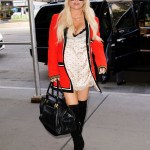 A lot of people have read Jessica Simpson‘s 2020 memoir Open Book, but her ex-husband Nick Lachey isn’t one of them. In fact, Nick, 47, said in a new interview that he’ll never read the book, which was a New York Times best-seller and talks a lot about his marriage to Jessica, 41. “You’ll be shocked to hear that I have not. Nor will I ever read that book,” Nick said on Sirius XM’s Radio Andy on Monday, November 1.

Nick, who split from Jessica in December 2005 after over three years of marriage, said he “obviously knew” his ex-wife’s tell-all was being released, but the stories within the book weren’t news to him. “I lived the book. You know what I mean,” he said. “I know what the truth is so I don’t need to read it, or read someone’s version of it in a story that I know, that I lived it. No, I never read it.”

Open Book was a huge success for Jessica. So much so, that the singer and entrepreneur announced in December 2020 that a scripted series about the tell-all was in the works at Amazon. Andy Cohen broached that topic during his interview with Nick, asking the former 98 Degrees member what he thought about his former marriage playing out on the small screen. “I am thrilled to be where I am in life,” Nick said. “That was 20 years ago. It’s honestly the last thing on my mind these days unless when someone brings it up…. I understand why people want to ask but its just so not a part of my life anymore that it’s not even on my radar. She is doing her thing and I am doing mine and that’s how it should be.” 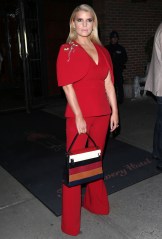 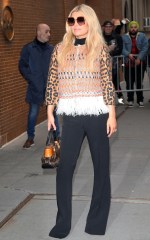 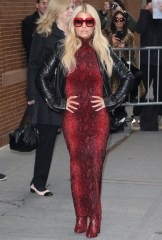 Jessica shared a lot about her marriage to Nick in the memoir. She wrote about how their relationship was not “perfect” even though she wanted to make it look that way on their television series Newlyweds. “I had the Instagram-girlfriend syndrome before it was a thing, and I wanted the world to see my husband in the best light because I was hopelessly in love with him,” Jessica said in the book.

The A-list exes finalized their divorce in June 2006, and they’ve since moved on. Jessica is now married to former NFL pro Eric Johnson, and they have three kids together. Meanwhile, Nick has three children with his wife Vanessa Lachey, whom he started seeing less than a year after his split from Jessica.