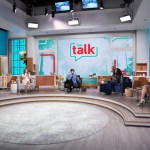 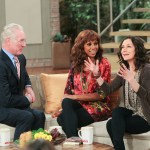 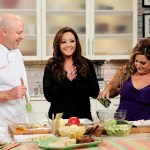 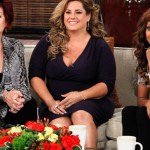 Natalie Morales announced her departure from NBC after 22 years with the network. The anchor will reportedly join ‘The Talk.’ Here are five things to know about the journalist.

Natalie Morales is leaving NBC News after 22 years, according to a memo she sent out to colleagues on October 1. The journalist, 49, said she was excited to “pursue a new adventure” in the memo, but did not disclose details about her next journey. (Natalie will continue as a Dateline correspondent through the remainder of the year.)

Following the news of her departure, however, DailyMail reported that the veteran anchor will join The Talk to replace Sharon Osbourne after her controversial departure in March. HollywoodLife has reached out to CBS and Natalie’s rep for comment. Until then, below are five things to know about the journalist.

Natalie has been with NBC for decades

Natalie has been with NBC for 22 years. She has served as a host for Access and co-host of Access Live. In 2006, Natalie joined TODAY as a national correspondent. With that role, she went on to report across various NBC platforms, including NBC Nightly News, Deadline, and MSNBC. She was appointed as TODAY‘s west coast anchor in 2016. The journalist became a correspondent for Deadline in 2020.

During the course of decades-long career with NBC, Natalie has covered various major breaking news stories, including the 2010 Chilean miner rescue, 2013 Boston marathon bombing, and the 2017 Las Vegas massacre. Other coverage has included Prince William and Kate Middleton‘s 2011 royal wedding and the subsequent birth of the duke and duchess’ first son, Prince George, in 2013.

Natalie is an award-winning journalist

Her illustrious coverage portfolio has received recognition. NBC received the 2010 National Headliner Award for reporting on the Chilean minor rescue due to Natalie’s contributions. For her work with TODAY, she received three Daytime Emmy Awards, a Robert F. Kennedy Journalism Award, and three Gracie Awards.

Natalie is also a cookbook author

In 2018, the journalist released her first book, “At Home with Natalie: Simple Recipes for Healthy Living from My Family’s Kitchen to Yours,” a cookbook inspired by her own family. Natalie told Los Angeles Confidential in 2018 that cooking is her means of relaxation after long days at work. “The inspiration really came from my family,” she said. “For me, when I get home from work, my relaxation is getting to be in the kitchen and experimenting with foods. I did want to write a book and was thinking about what I should do. My kids were like, ‘Mom you love to cook! Why don’t you write what you know?’ I was like well that’s what most people do, that makes sense! Most people don’t know that part of me, they don’t know that I love to cook.”

Natalie is a mom to two sons

Natalie balances her career as journalist and cookbook author with motherhood. She shares sons Joseph, 17, and Luke, 13, with her longtime husband Joe Rhodes. The two have been married since 1998. Per her Instagram posts, Natalie is also mom to a few rescue dogs.