Despite being one of the strongest couples on this season of ‘Bachelor in Paradise’, Noah Erb and Abigail Heringer ended their relationship on the Sept. 28 episode.

Noah Erb and Abigail Heringer didn’t make it to the final rose ceremony on season 7 of Bachelor in Paradise. During the show’s Sept. 28 episode, the two shocked viewers by breaking up before the fifth rose ceremony. It all started when Abigail began having doubts about where she stood with Noah. “Everyone sees us as a secure relationship, but I don’t think we’re as locked in as people think we are,” she admitted.

Abigail talked to bartender Wells Adams about the situation, and he urged her to tell Noah how she was really feeling about him. “I think you’re holding back a little,” Wells revealed. “My fear with you guys is that you guys will neglect true happiness because you’re both scared of doing the things that you guys aren’t good at, which is being serious or being vulnerable.” In a confessional, Abigail opened up about her fears. 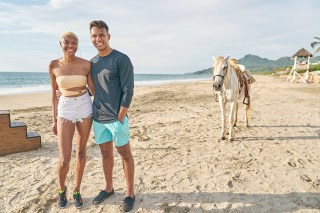 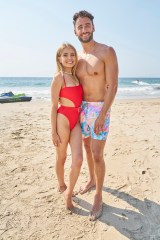 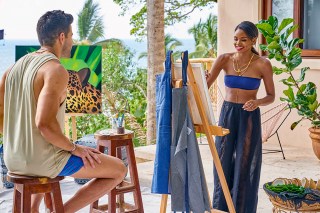 However, that night, Noah did take it upon himself to open up. “Let’s just be very vulnerable and open and think about the progress we made and what that could look like,” Noah told Abigail. “I want to just be completely transparent. That’s really the only way to do it. I think the only reason that’s hard for me is because I’m definitely falling in love with you and I could see it working in the real world. It’s not to scare you or anything like that. My feelings are very strong for you.”

Noah’s confession was met with dead silence from Abigail, which definitely caught him off-guard. “She just froze,” he vented in a confessional. “I feel like she had a guard up or a wall up, but I was hoping she would step up. It’s just hard for me to continue to do those things if there’s not much of a response back. That’s not a way to progress a relationship. Now what do I do?”

The night ended with no closure for Noah, and he admitted that Abigail not opening up was a a “red flag” for him. “My mind’s not made up, but I need to make a better or worse decision because time’s running out and things are going to get more complicated.” Even though Abigail didn’t open up about her feelings to Noah, she did say that she was “falling in love” with Noah in a confessional the next day.

Abigail also said that she wasn’t sure that Noah meant what he was saying when he confessed his love. “Apparently Noah said he was falling in love with me last night, and I didn’t register it until later,” Abigail explained. “He said it so fast that I thought he accidentally said it, so I think I wanna tell him tonight.”

Unfortunately, Abigail’s realization may have come too little too late. “I feel like I’m definitely conflicted on what I feel I should do and what I think is best, which is not a fun place to be,” Noah said in his confessional. “One is based off emotion and starting to fall in love with somebody, and another is based off a deeper feeling and intuition that’s kind of hard to ignore.”

With fantasy suites coming up, Noah knew he had to make a decision about whether or not he was really serious enough with Abigail to move forward. “It’d be a disservice to this feeling I have in my gut of ‘This is not the right choice’ for me to continue on,” he explained. “Now she’s thinking it’s her time to say [she’s falling in love], and I’m thinking…I wish we could’ve talked about it last night. Maybe it could’ve swayed me in another direction. I’m thinking maybe it could work out, but I still have a gut feeling that this isn’t my person. I feel like I know what I need to do, it’s just…how do I handle it in a way that’s right and does’t hurt Abigail?”

While attending an 80s-themed prom with the rest of the cast, Noah pulled Abigail aside and ended their relationship. “I’m starting to form genuine feelings for you — strong feelings,” Noah told Abigail. “But I feel like I know the strong feelings I have for you, but I’ve been trying to force something that I want when deep down I don’t know if you’re my person.”

He tried to explain that he was hoping it would work out with Abigail and that his “gut feeling” would go away, bu that never happened. “It was more just a struggle between me having these feelings for this girl and she’s perfect in all these ways, but I don’t know if she’s perfect for me,” he said. “It was just a feeling I had kind of early on that I tried to ignore because there’s potential there, but it never went away. I kind of just assumed it would.”

Abigail was completely “blindsided” by Noah’s confession, and she said she was “annoyed and hurt” by Noah. She was especially pissed that Noah JUST confessed he was “falling in love” one night before, when he was clearly struggling with his actual feelings deep down. “I just feel like you’ve been pushing and pushing me to try to get to your lvel, but obviously you had this gut feeling for longer than 24 hours,” she ranted. “So of course I’m going to be hurt and feel like I was lied to.” The episode ended with Abigail storming off to the bathroom in tears.