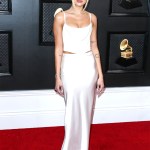 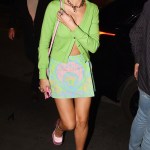 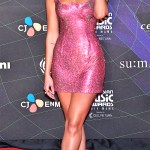 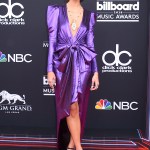 Dua Lipa cut a chic figure in a black crop top and sheer overlay as she wrapped her arm around Elton John in a sweet new pic.

Talk about a dynamic duo! Dua Lipa, 26, and Elton John, 74, were all smiles as they posed together on a “perfect night.” The Grammy winners wrapped their arms around each other in a September 11 Instagram post, which showed Dua rocking a tiny black crop top underneath a long-sleeved, sheer top. She also donned a pair of high waisted black pants and pointy toe heels, as she slicked her raven tresses back into a high ponytail.

Elton jumped into the comments section, writing, “The perfect guest.” It comes a few weeks after the legendary musician revealed he was “shocked” by rapper DaBaby‘s “homophobic” comments at the Rolling Loud music festival on July 26. He called out the 29-year-old for fueling “stigma and discrimination” after he told an audience at the Miami festival, “If you didn’t show up today with HIV, AIDS, or any of them deadly sexually transmitted diseases, that’ll make you die in two to three weeks, then put your cellphone lighter up… Fellas, if you ain’t sucking d*** in the parking lot, put your cellphone lighter up.” 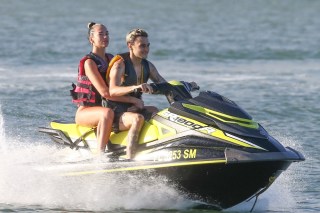 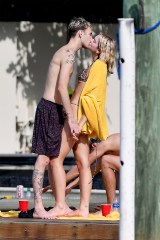 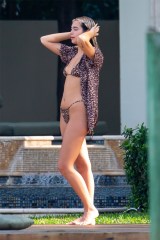 The “Levitating” rapper, born Jonathan Kirk, later apologized the remarks. “Anybody who done ever been effected by AIDS/HIV y’all got the right to be upset, what I said was insensitive even though I have no intentions on offending anybody. So my apologies,” he wrote on Twitter. Nevertheless, Elton John criticized the singer when he released a statement on behalf of his Aids Foundation.

“We’ve been shocked to read about the HIV misinformation and homophobic statements made at a recent DaBaby show. This fuels stigma and discrimination and is the opposite of what our world needs to fight the AIDS epidemic,” he wrote, before listing facts about HIV and who it affects, noting, “Homophobic and HIV mistruths have no place in our society and industry and as musicians, we must spread compassion and love for the most marginalized people in our communities. A musician’s job is to bring people together.”