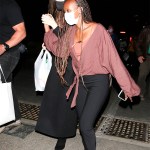 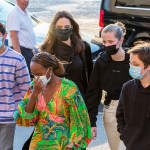 Just like their mom, Angelina Jolie, Shiloh and Zahara are proving they are educated young women in these rare selfies of the famous kids.

No one quite knew what to expect when Angelina Jolie joined Instagram on Aug. 20, but it looks like she’s willing to share some quiet, private moments from her own life. In her just her fifth posting, Angie shared rare family photos of her two oldest daughters, Zahara, 16, and Shiloh, 15, working on their summer reading lists.

With a smile on her face and her nose ring clearly visible, Zahara proudly shows off she’s halfway through Toni Morrison‘s acclaimed work, The Bluest Eye. The novel was actually Morrison’s first, and tells the story of a young African-American girl named Pecola during the Great Depression. Meanwhile, young Shiloh looks to be diving into an adventure story with The Dark Lady, Akala‘s debut novel for teens. This story follows an orphaned pickpocket through the streets of London. The twist? He has magical powers! What fun!

The photo of her kids comes days after their father and Angelina’s ex, Brad Pitt, approached the California Supreme Court to review their ongoing custody battle. In new documents filed by Brad’s team on Aug. 31, the Brad argued that Angelina was unfairly given full custody of their five minor children when Judge John Ouderkirk was disqualified from overseeing the custody battle in July 2021. Their feud over custody has carried on since 2016, shortly after Angelina filed for divorce from Brad, with no end in sight. 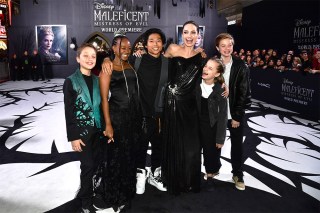 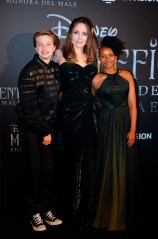 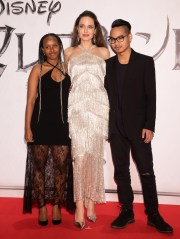 The couple are at odds over the custody of their five children still underage: 13-year-old twins Vivienne and Knox, Zahara, Shiloh, and Pax, who is 17 and quickly approaching the age where he would no longer be part of the custody case, like his older brother, Maddox, 20. Despite the battle between their folks though, it seems like the kids are very happy.

As for Angelina, she recently was spotted sharing a moment with all of her daughters on Aug. 20, when she was seen departing a hospital. It’s unclear why exactly she was visiting the Burbank, California care center, but her kids certainly looked happy to see her well as she exited, with Shiloh wrapping her arms around her mother for a warm embrace.