On what would’ve been the NBA icon’s 43rd birthday, his wife wrote a sweet message to her late husband, vowing to love him forever.

Kobe Bryant would’ve turned 43 on Monday August 23. His widow Vanessa Bryant, 39, wrote the Los Angeles Lakers star a beautiful message in Spanish on her Instagram to commemorate his birthday. She included a photo of the pair kissing with the Larry O’Brien Championship trophy, after Kobe won his first NBA championship with Lakers back in 2000.

Underneath the photo, Vanessa wrote her late husband the birthday message. “Happy birthday, Papi. I love you forever. Eternal love,” the message said in Spanish. She included a heart and a broken heart emoji, along with the age Kobe would’ve been this year.

It’s been over a year and a half since Kobe tragically died on January 26, 2020 in a helicopter crash with his 13-year-old daughter Gianna “Gigi” Bryant alongside seven others. Since both her husband and daughter’s deaths, Vanessa has often paid tribute to both of her lost family members. When Kobe was inducted into the Naismith Memorial Basketball Hall of Fame in May, Vanessa gave an emotional acceptance speech in his place. “To all those who helped him get here, I thank you on his behalf,” she said at the time. “Gigi would be so proud.” She added, “He was intelligent, eloquent and gifted at many things … I know he would thank everyone who helped get him here, including those who doubted him.” 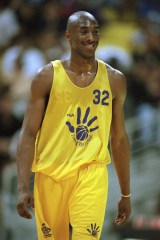 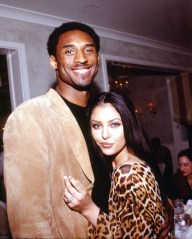 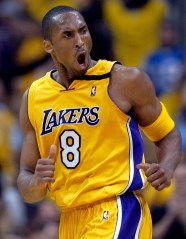 In the year and a half following the horrific helicopter accident that took both Kobe and Gigi, Vanessa often posted touching memorials on days like anniversaries and birthdays. In April, she posted a video from her wedding to commemorate the couple’s 20th anniversary. “Happy anniversary, baby. I love you. 20 years,” she wrote. On Gianna’s 14th birthday in May 2020, Vanessa wrote a heartbreaking message, expressing how much she misses her daughter. “Happy 14th Birthday to my sweet baby girl, Gianna. Mommy loves you more than I can ever show you. You are part of MY SOUL forever. I miss you so much everyday. I wish I could wake up and have you here with me. I miss your smile, your hugs and your giggles. I miss EVERYTHING about YOU, Gigi,” she wrote at the time.