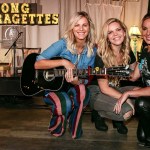 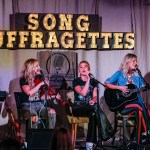 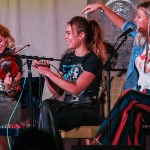 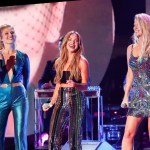 We caught up with Runaway June about their powerful new EP, ‘Backstory,’ how Luke Bryan made them feel so welcome before joining his summer 2021 tour, and much more!

Runaway June kicked off their run on Luke Bryan’s Proud to Be Right Here tour on Aug. 19. The ladies — Naomi Cooke, Jennifer Wayne and Natalie Stovall — were supposed to hit the road with Luke during summer 2020, but the dates were postponed until 2021 due to the coronavirus. From the very beginning, though, the country music trio said that Luke welcomed them with open arms

“We’ve met Luke several times at different events and he’s just so sweet,” Naomi told HollywoodLife EXCLUSIVELY. “Her remembers our name and takes a little time to chat. The last time we spent time with him was in Georgia — we did a songwriter round, and we had just gotten the news that he was taking us out on tour. He asked us to come back on his bus, opened some nice wine. It feels like Luke Bryan is a walking party! It was a cool way of him being like, ‘This is what it’s going to be like, I’m excited.’ He’s always told us he was a fan of our music when we had different singles out, so we’re very excited to get to know him more. He’s so open and available, so that’s going to be an easy thing to do.”

The timing for the tour was perfect, too, as Runaway June dropped their new, three-song EP, Backstory, on Aug. 20 — just in time. The EP features three tracks — “Forgot About That,” “Down The Middle” and “T-Shirt” — which each touch upon a different facet of breakups and heartbreak. “We’ve been writing so much over the last year and a half,” Naomi admitted. “It’s been nothing but us writing about and pouring our hearts out in all different capacities and writing about all different things. We wrote about a lot of different subjects, but it felt like these three were the stories we needed to tell from where we are now and into where we’re going.”

Although all three ladies in the group are happily married, they felt it was important that this new music touched upon what got them to where they are today. “You have to go through a lot to find that right person,” Jennifer explained. “So we all felt it was important for people to know that they’re not alone out there. We’re going through this stuff, too, and it’s not always just perfect and happy at the end — you have to go through some stuff to get there. We kind of tried to cover all the different things we went through to get to the right person.”

Meanwhile, this really is a new chapter for Runaway June, as it’s their first tour and new music with Natalie, who joined the band in May 2020 after Hannah Mulholland decided to leave the group. The new trio got started in the midst of the coronavirus pandemic, with Naomi in Maine, Jennifer in California and Natalie in Tennessee. “We had a lot of FaceTime dates,” Natalie said. “It was a little funny to not be able to get into a room together and just start singing and stuff, but at the same time, I know and love these girls. I’m such a fan of them. After a few conversations, we all felt like…oh my goodness, this is a no-brainer.”
Naomie added that Natalie’s addition to the group was “divinely guided” because it all felt “very seamless” after she came along. “It felt like there was something else making it happen,” Naomi gushed. “We really didn’t have to do a lot. It felt like it just all came together.”
Backstory won’t be the end of this chapter for the girls, either. “We have been writing for the last two years, nonstop,” Jennifer teased. “So we have a lot of songs and we’ve got a lot more prepared to come out. Maybe next time you’ll see the other side of the heartbreak!”