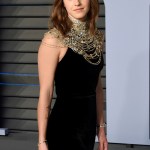 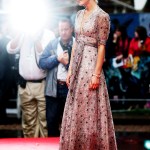 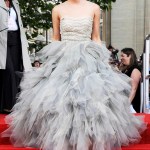 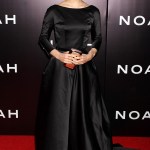 Emma Watson was all smiles when she was seen whipping around a go-karting track while on vacation with pals in Ibiza.

Emma Watson has made a rare public appearance while vacationing in Ibiza. The Beauty and the Beast star, 31, was seen speeding around a go-kart track with her pals while soaking up the summer sun on the glitzy Spanish island. The Harry Potter alum was photographed on August 20 rocking a beige crop top, orange shorts, and off-white sneakers. Emma also donned a helmet as she whipped around the track before enjoying an icy dessert from the sidelines. 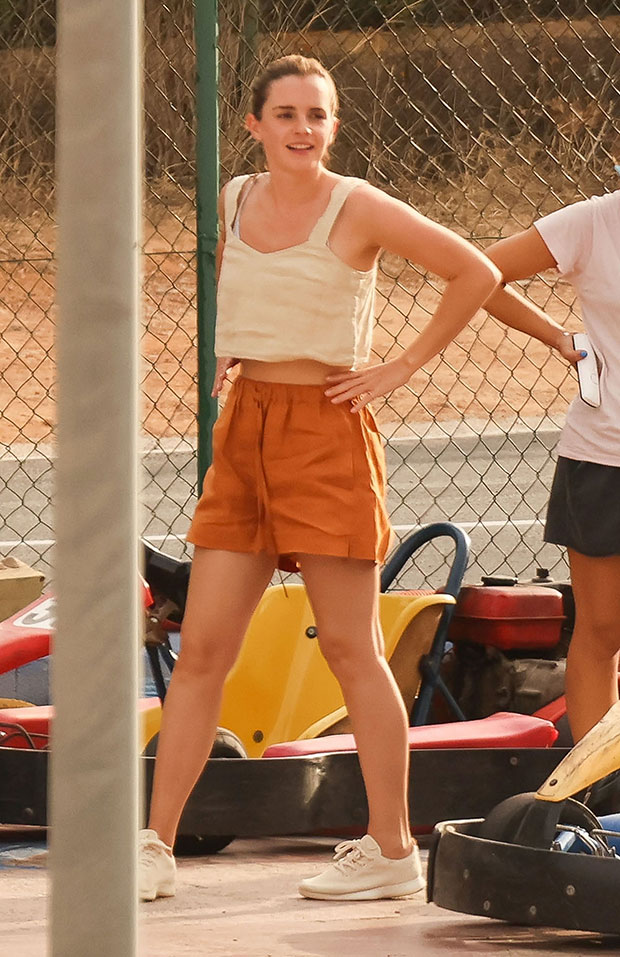 Emma Watson in Ibiza. Image: BACKGRIDHer boyfriend Leo Robinton wasn’t seen with her, despite persistent speculation the pair were engaged after she was spotted wearing a modest ring on her left hand. Nevertheless, Emma was quick to shut down the rumors when she took to Twitter on May 17. “Dear Fans, Rumours about whether I’m engaged or not, or whether my career is ‘dormant or not’ are ways to create clicks each time they are revealed to be true or untrue,” the actress began, also addressing recent rumors that speculated whether or not she quit acting.

The A-lister hasn’t appeared appeared on the big screen since 2019 when she starred in the hit film Little Women. Regardless, if Emma has  big news to share — like an engagement or retirement from acting — she made it clear that fans would be able to hear it directly from the source. “If I have news – I promise I’ll share it with you,” she clarified in another tweet. 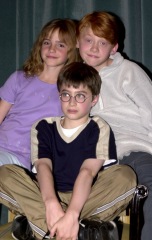 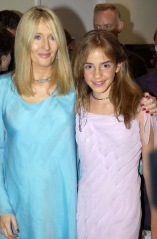 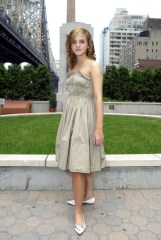 The actress then gave an update about the rest of her personal life. “In the mean time please assume no news from me just means I’m quietly spending the pandemic the way most people are – failing to make sourdough bread (!), caring for my loved ones and doing my best not to spread a virus that is still affecting so many people,” she wrote. “I am sending so much love to you, hoping you’re ok and as well and happy as you can be in these strange times. And again, thank you to everyone working so hard to keep us safe and well. E Xx.”