Could Emma Watson be walking down the aisle soon? The Beauty and the Beast star, 30, sparked speculation that she could be engaged, after she was spotted wearing a ring on that finger — see the pics here! The Harry Potter alum was all smiles as she hugged her boyfriend Leo Robinton after they returned from a sunny getaway to Mexico. She rocked a white tee which read, ‘Femme Liberte’, loose beige pants, and a modest ring on her wedding finger.

While all eyes were on the small band on her left hand, Emma also appeared to be nursing a foot injury, as she had her left foot in a sock. She was also clutching onto a scooter, which is often used by patients with knee, ankle or tendon injuries. Emma decorated hers with furry orange, green and blue covers. Her 31-year-old beau was also on hand to help, as she leaned on him while the pair exited a Los Angeles airport. 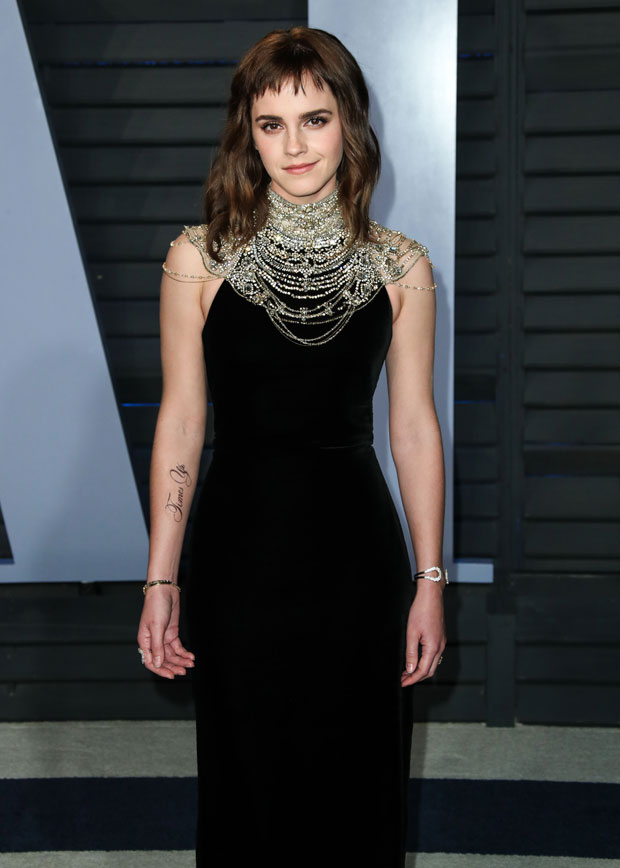 The notoriously private actress was first publicly linked to Leo when they were pictured kissing outside Gail’s Bakery in Notting Hill in London in October 2019. However, “Emma and Leo did everything in their power to keep their relationship private,” a source told the Daily Mail at the time, who added, “After they were pictured kissing in October Leo removed himself from all social media in an attempt to protect their romance.”

The photos came just a few months before Emma opened up during a rare interview with British Vogue, in which she said she was going “on dates,” but was happy not being in a romantic relationship. “I never believed the whole ‘I’m happy single’ spiel. I was like, ‘This is totally spiel.’ It took me a long time, but I’m very happy [being single]. I call it being self-partnered,” Emma revealed during the interview.