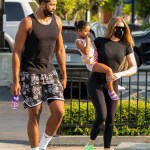 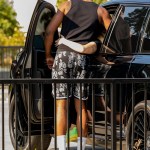 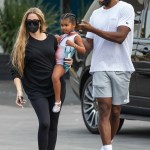 Tristan Thompson shared a message about embracing change following his split from Khloe Kardashian and NBA trade, and Kim Kardashian was among those to support him.

Kim Kardashian, 40, shared some love to Tristan Thompson, 30, after the NBA star posted a cryptic message via Instagram on Saturday (Aug. 14). Tristan, who recently split from Kim’s sister Khloe Kardashian, 37, and was traded from the Boston Celtics to the Sacramento Kings, spoke about embracing growth and change in the caption of his latest Instagram post, which many of his followers, Kim included, commented on to show some support to the father of two.

“Some people will judge you for changing. Some people will celebrate you for growing. Choose your circle wisely,” Tristan wrote in his caption, adding two hand-praying emojis and a flexing muscle emoji. The post featured a photo of the basketball pro wearing an all-black ensemble and yellow shoes while standing beside a large black and white painting of a cougar walking out of the woods. Kim was among those to support Tristan’s obscure message by both “liking” the post and commenting, “Jamaican Canadian prophet.” 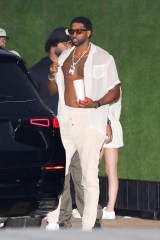 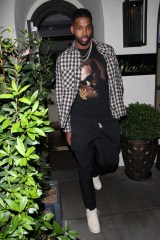 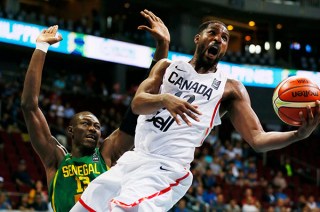 Tristan has been going through some major life changes as of late. For starters, he was traded from the Celtics to the Kings in a three-trade team involving the Atlanta Hawks on Aug. 7. Tristan began playing for Boston in Nov. 2020 after spending 9 seasons on the Cleveland Cavaliers. During his brief time on the Celtics, Tristan had rekindled his romance with Khloe Kardashian, with whom he shares daughter True, 3. But as fans know, that relationship has once again come to an end.

Tristan and Khloe split for the third time in June 2021, just days after Khloe confirmed they had reunited on the Keeping Up With The Kardashians reunion with Andy Cohen. “We just really became genuine, great friends with one another and great co-parents,” Khloe explained of the reconciliation. Neither Khloe or Tristan have addressed the status of their relationship since the latest breakup, but considering they were seen leaving a movie theatre with True after a Paw Patrol screening on Aug. 13, it would appear that they are on relatively good terms.