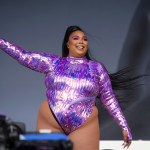 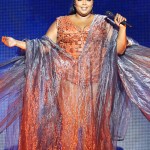 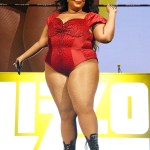 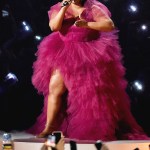 No need for gossip or innuendo, because Lizzo just dropped some truth! The singer teamed with Cardi B to kick off her ‘new era’ with ‘Rumors,’ which featured both ladies clapping back at headlines.

Lizzo is back – and she’s better and badder than before. After a killer breakout year, which saw her kick off the 62nd Grammy Awards, pose for Vogue magazine, and shoot her shot with Harry Styles, Lizzo, 33, began the next chapter of her career on Aug. 13 with the release of her new song, “Rumors” — and she had some help from none other than Cardi B. The two ladies wasted no time clapping back at haters on the bouncy summer jam, also taking the opportunity to clear up some — ahem — rumors.

“No, I ain’t f— Drake yet (Ha),” Lizzo hilariously confirms in one verse as she reveals an ex “blew it” at a shot with her. Cardi also made an already-known confession on the tune, rapping that her derrière and breasts are indeed “fake” along with revealing she made $1 million dancing at former strip club Sue’s. “All the rumors are true, yeah,” the pregnant Bronx native states. “Last time I got freaky, the FCC sued me,” Cardi also rapped, referencing the controversy around 2020 summer jam “WAP.”

Two weeks before releasing “Rumors,” Lizzo hinted she had new music in the pipe. “An album?” she said in a TikTok video response to a fan comment. The video had her sitting in front of a mic and under a purple light. “An album? Absolutely not. I’m not making no f-cking album. I’m not in a studio. This isn’t Mark Ronson,” she said, turning the camera to show the “Uptown Funk” producer. “This isn’t a whole [sound] board. I’m not hanging out with songwriters like Phil [Lawrence.] I’m not making a f-cking album. Where do you get that from?” She captioned the video with “THE RUMORS ARE FALSE.” Except – they weren’t. On Aug. 2, she dropped the cover art to her new single. “NEW ERA BITCH. ‘RUMORS’. 8/13.” A week later, she let everyone know that Cardi would be joining her on the track.

Reply to @diego.munoz54 THE RUMORS ARE FALSE

Lizzo’s (presumably) next album will be her first since 2019’s Cuz I Love You. First released in April, the deluxe edition, which arrived in May, packaged the album with three additional songs: “Boys,” “Water Me,” and the smash hit, “Truth Hurts.” Initially released in 2017, the song became a sleeper hit two years later thanks to its popularity on TikTok and its use in the Netflix movie, Someone Great. “Truth Hurts” spent seven weeks atop the Billboard Hot 100, and because it was included in a deluxe version of her 2019 album, it was eligible for the 62 n Annual Grammy Awards. It was nominated for Record and Song of the Year, but took home the trophy for Best Solo Performance. She also took home the Best Traditional R&B Performance and Best Urban Contemporary Album. 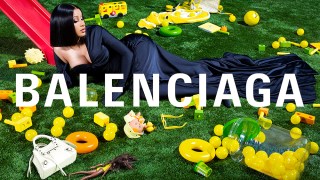 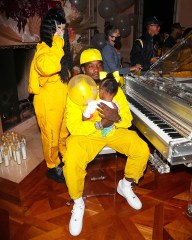 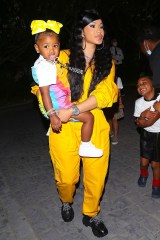 Since its slow-burn breakthrough, “Truth Hurts” has been certified 6-times platinum by the RIAA. In addition to “Truth Hurts,” Lizzo’s Cuz I Love You spawned another Billboard Top 10 hit with “Good As Hell.” It reached No. 1 on the Hot 100 and reached the top of the US R&B/Hip-Hop charts. It’s been certified triple-platinum. Other singles from the album – “Boys,” “Juice,” “Tempo (ft. Missy Elliott)”, and the title track – have all been certified either Gold or Platinum.

“As a black woman, I make music for people, from an experience that is from a black woman,” the singer told Rolling Stone in her January 2020 cover story. “I’m making music that hopefully makes other people feel good and helps me discover self-love. That message I want to go directly to black women, big black women, black trans women. Period.”

Lizzo also told Rolling Stone that she decided to ditch Twitter after too many clashes with online trolls. “That was the end of that era for me,” she said, though she understands why some people might not immediately take to her. “Look, I’m new,” she “You put two plates of food in front of people, [and] one is some fried chicken. If you like fried chicken that’s great. And the other is, like, fried ostrich p—-y. You not gonna want to f-ck with that. We eventually get used to everything. So people just gon’ have to get used to my ass.”