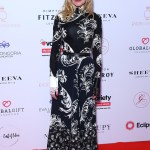 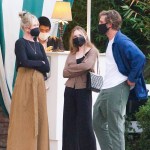 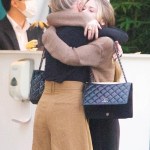 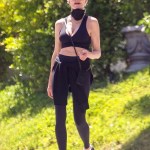 Stella Banderas had dinner with her famous mom, Melanie Griffith, in West Hollywood on Aug. 9, and the pair was photographed together on the special occasion.

Melanie Griffith and Antonio Banderas‘ daughter, Stella Banderas, is all grown up! The 24-year-old was seen in rare paparazzi photographs on Aug. 9 when she went to dinner with her mom in West Hollywood. The two appeared to be celebrating Melanie’s 64th birthday, and they were also joined by a male companion for the evening out.

Both mom and daughter kept their looks comfortable, but stylish, for their night together. Melanie wore light brown pants and black top, along with open-toed heels and her hair pulled back into a bun. Meanwhile, Stella rocked a black jumpsuit with a jacket, along with black sandals. The actress and her mini-me also each wore a protective face mask to comply with California’s rules amidst the resurgence of the coronavirus.

Melanie and Stella’s dad, Antonio Banderas, met on the set of the film Two Much in 1995. They got married in May 1996, following their respective divorces — from Don Johnson and Ana Leza — being finalized. Stella was born in September of that same year. Melanie and Antonio split in 2014, but have remained amicable and friendly since their divorce was finalized in 2015. 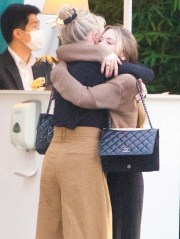 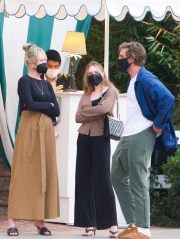 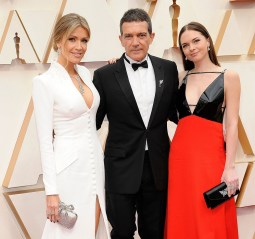 In addition to Stella, Melanie shares a son, Alexander Bauer, with her second husband, Steven Bauer, and a daughter, Dakota Johnson, with Don. She and Don were first married in 1976, and were together for six months before getting divorced later that year. However, they reconciled and wed again in 1989 before splitting for good in 1996. Meanwhile, Stella is Antonio’s only daughter.

While Stella has some very famous parents, she’s managed to live a more low-key life herself. However, she has done some acting and modeling through the years. She also boasts more than 150,000 followers on Instagram, and has her own company called Lightbound. The brand features “handcrafted products and recommendations that nourish the three homes the soul, the body and the Earth.”