Stella Banderas has always been a fairly private person, but she got plenty of attention when she shared a photo modeling a crop top to her Instagram account on Mar. 1. She simply told followers to shop at fashion brand LINE OF ONE to grab one like it. But her stunning good looks, trim model figure and flat abs caused the snapshot to go viral. There’s a good reason she’s gorgeous, as it’s in the genes. Stella’s dad is actor Antonio Banderas, 60, and her mom is actress Melanie Griffith, 63. Stella, 24, is the only child from the former Hollywood power couple’s nearly 10 year marriage. We’ve got five fun facts to know about her.

Stella was born in Spain

Her parents were living in her father’s native Spain at the time of her September 24, 1996 birth. She was born in the stunning resort town Marbella, along the Mediterranean coast. Her full name is Stella del Carmen Banderas Griffith. While her parents are incredibly famous, they raised Stella out of the public eye. She’s a dual-citizen of Spain and the U.S. thanks to her parents’ lineage, and is bilingual in both Spanish and English.

In 2004, her half-sister Dakota Johnson — daughter of Melanie and ex-husband Don Johnson –was Miss Golden Globe, handing out awards to the winners and showing them how to exit offstage after their acceptance speeches. Seven-year-old Stella looked adorable in a pale pink gown as she held on to mom Melanie’s hand on the red carpet, while Dakota stood on their mother’s other side for the sweet family arrival photos. Today Dakota, 31, and Stella are close, and were seen grabbing green smoothies together in L.A. in 2019. 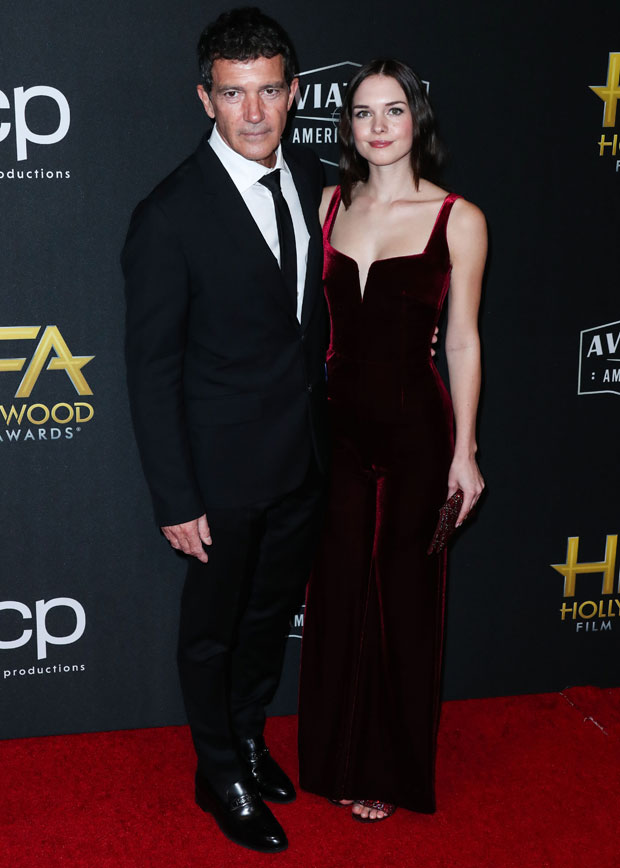 Stella has already been a magazine covergirl

She graced the cover of Glamour Spain for their Sept. 2020 issue. On Aug. 10, 2020, she shared the stunning cover photo to her Instagram page and gushed in Spanish, “Super happy to be the cover of @glamourspain in September!!” in the caption.

Stella is close with both her parents, but is a daddy’s girl

She’s shared several photos of her actor father to the ‘gram, including when she wished him a Happy Father’s Day in 2018 by posting a throwback snapshot to when she was a little girl, trying putting a pencil inside her handsome and very patient dad’s ear. She also shared a IG photo she took of her dad while on an outing in Barcelona, Spain in front of a cathedral. Stella included red and yellow hearts as the caption, showing her love for her father. She’s even accompanied him to industry events, including posing with her dad on the red carpet in 2019 when he was named Spanish Vanity Fair‘s Personality of the Year.

Stella can rock a bikini

She’s shown off a number of photos while wearing sexy two pieces to her IG account. The fifth photo she ever shared showed her laying on her stomach in a red bikini while in a pool on Aug. 31, 2016. Stella has shared other bikini shots looking out at the Mediterranean sea, as well as lounging in Florence, Italy.