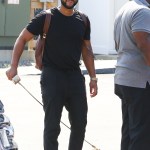 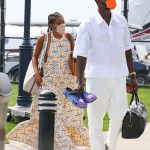 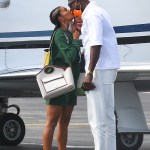 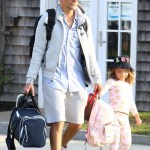 Chrissy Teigen, 35, joined the star-studded lineup of guests at former POTUS Barack Obama‘s 60th birthday party on August 7. She and John Legend, 42, flew into Martha’s Vineyard for the high-profile bash, and were all smiles in a series of pics and videos from the event. Chrissy even took to Instagram to share a video of herself singing a Marilyn Monroe-inspired rendition of “Happy Birthday.” In the clip, she wore a white gown with a peplum hemline and high slit.

The dress featured a plunging neckline and long sleeves, which matched the length of the skirt. She strutted down the dramatic staircase in sparkly pumps, while offering a throaty take on the classic birthday song. “well that was magical. goodnight Martha’s Vineyard. I have fallen in love with you hard!!” she captioned the video. Her husband John commented, “Fine AF,” while another follower wrote, “This dress is absolutely gorgeous!!”

Chrissy also posted a short clip of her hair being styled in voluminous waves, which was reminiscent of the 1960s. “It’s spelled zhuzh, that is bonkers,” she captioned the clip. Chrissy also posted a “flip book” of black and white images of herself descending the staircase before heading to the glitzy soiree. 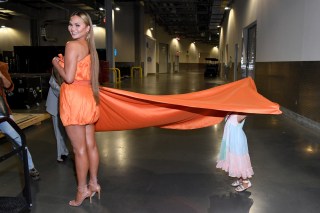 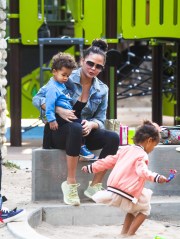 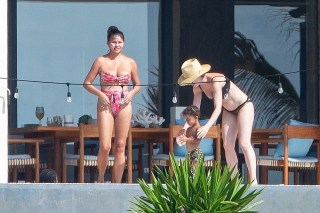 Other party attendees included Dwyane Wade, Gabrielle Union, Don Cheadle, Beyonce, JAY-Z, Eddie Vedder, George Clooney, and Steven Spielberg. The birthday bash was originally supposed to be much larger, according to TMZ, but he decided to scale things down last minute due to the ongoing coronavirus pandemic and the new Delta variant. A large white tent was photographed in the backyard of his $12 million mansion, where the festivities took place.

Steak, chicken and shrimp were all on the menu, while brownies and watermelon slices were served for dessert. No small details were left untouched, as guests used gold napkins and face masks emblazoned with ’44X60′, a reference to the 44th president’s 60th birthday.