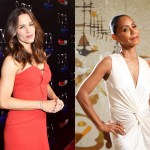 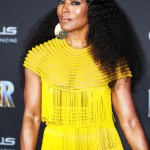 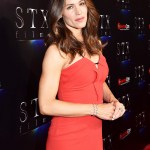 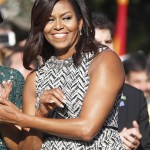 Heidi Klum had plenty of fun in the sun, as she rocked a beautiful bikini while living it up with her husband Tom Kaulitz in Capri.

Splash! Heidi Klum, 48, and her husband, musician Tom Kaulitz, 31, had a blast riding on jetskis during their recent getaway to Capri, Italy. Heidi showed off her beautiful mismatched bikini, while she struck a silly pose on her jetski, which she posted to Instagram on Monday August 2. She had a light blue bikini top, decorated with a shell and floral designs. Her bikini bottoms were zebra print with a pink trim. Of course, safety does come first, and Heidi accessorized with the proper gear for jetskis, like a pink lifejacket and black helmet. She also rocked a huge pair of sunglasses.

Heidi showed off just how much fun she was having in the photos by giving them a silly cation. “Yipppiiiioo let’s GO,” she wrote, adding a sunglasses emoji. It looked like Heidi and Tom had an exciting and romantic day. She also took to her Instagram Stories to show videos of her and and the Tokio Hotel guitarist riding on a boat and going out to dinner. The pair got plenty cozy with each other, and they both cuddled up to each other in multiple photos and videos that she posted on her Story.

Heidi and Tom have been enjoying a romantic European getaway. The pair have been having plenty of fun in the sun, taking in all sorts of aquatic activities. While at a beach Ponza, Tom sported a simple black bathing suit, and Heidi rocked a beautiful pink, orange and yellow strapless bikini. The couple also shared a steamy kiss, while out boating, and Heidi even shared a sexy topless photo of herself on the side of the yacht, wearing a Rolling Stones hat. “You put the biggest smile on my face Tom,” the model wrote in the caption. 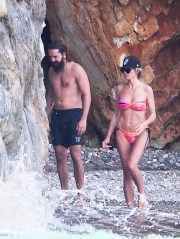 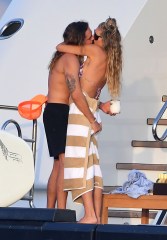 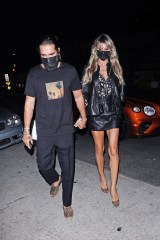 The model and musician have been married since February 2019. The European vacation appeared to be part of an anniversary celebration. Heidi posted a photo from the pair’s wedding on August 3 to wish her husband a happy anniversary. Tom is Heidi’s third husband. She was married to stylist Ric Pippino from 1997 to 2002. She was also wed to “Kiss From a Rose” singer Seal  in 2005. The America’s Got Talent judge filed for divorce in 2012, and the divorce was finalized in 2014.