Surprise! — Heidi Klum, 46, is officially off the market. The model said “I do” to Tom Kaulitz, 29, five months ago in February, People has confirmed, citing public records, which show the couple obtained a confidential marriage certificate in California. Heidi and Tom reportedly wed in a secret ceremony on February 22 — a meaningful date for the couple, as they apparently met on that date. To boot, the pair were spotted out to dinner (as seen below) on February 22 at celeb hotspot, Mr. Chow. Talk about pulling off the ultimate secret! TMZ was first to report the news.

Heidi confirmed on Instagram that the Tokyo Hotel musician popped the question over the holidays in 2018. “I SAID YES,” she captioned a black and white, closeup photo of their smiling faces on Christmas Eve. Her massive, square-cut diamond ring was clearly visible in the shot, as she faced the hardware towards the camera.

Heidi and Tom, who are both German, dated for about eight months before they got engaged. The pair reportedly met through a mutual friend on Germany’s Next Top Model, which she hosted from 2006-2017. They made their public debut as a couple at the Cannes amfAR Gala in May 2018. 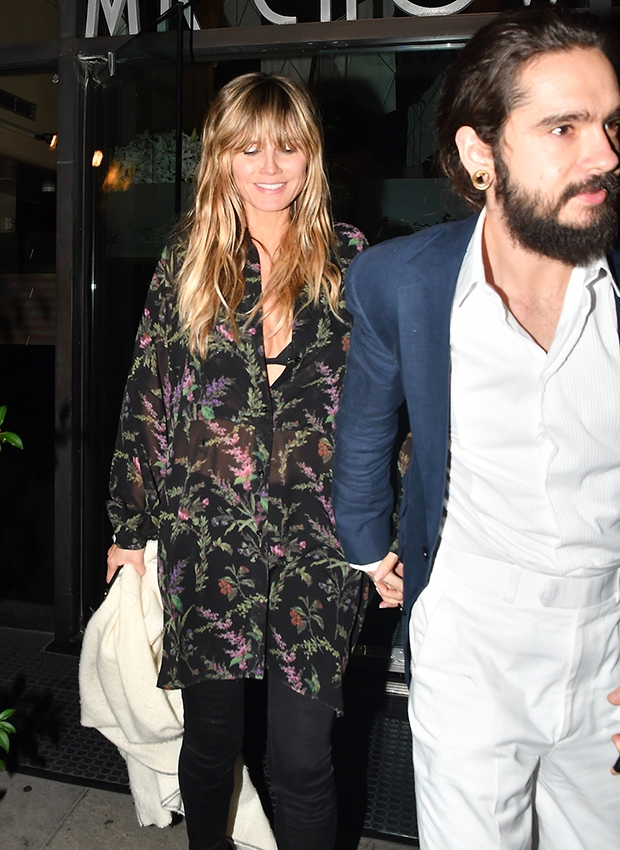 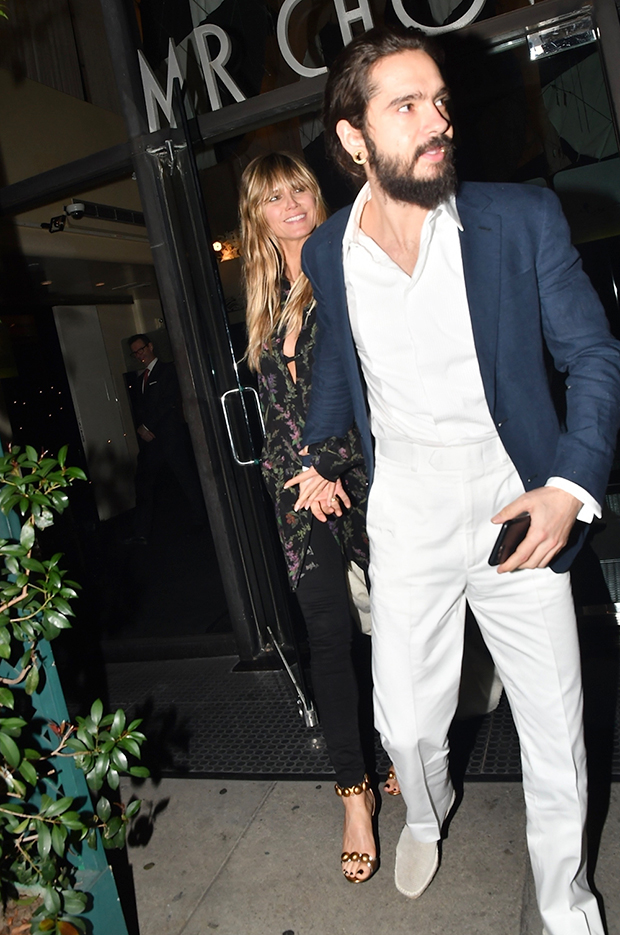 Heidi’s engagement came as a surprise to some since she’d previously mentioned that marriage wasn’t in the cards at one point. In 2013, the host opened up to Marie Claire about the possibility of another marriage, saying, “Maybe if I’m with someone for 15 or 20 years, and we do it in our old age as a fun thing to do.” She added, “But I don’t have the urgency anymore.” Oh, how the times changed!

The nuptials marks Heidi’s third marriage. She was previously married to stylist Ric Pipino from 1997-2002, before she wed singer Seal in 2005. Heidi filed for divorce from Seal in 2012 and the marriage was finalized in 2014. Meanwhile, this is Tom’s second marriage. He was previously married to Hamburg cosmetic entrepreneur and Miss Philippines Germany 2004, Ria Sommerfeld, who he split from in 2016.

The runway veteran is mom to four kids — daughters Lou, and Leni, and sons Johan, and Henry. Tom has no children from his prior marriage or other relationships. Congratulations to the newlyweds!