‘Glee’ alum Lea Michele has paid tribute to her late former co-star Naya Rivera, one year after she tragically drowned at the age of 33.

Lea Michele has shared a throwback snap of the late Naya Rivera on the one year anniversary of her death. The Glee alum took to her Instagram Stories on July 8 to post a photo of Naya performing Funny Girl hit “Don’t Rain on My Parade” during season five of the show. She also added the dove with olive branch emoji to the post, which actually had a deeper meaning than perhaps what meets the eye.

lea posted a story of naya singing don’t rain on my parade <3 pic.twitter.com/OKV3c1Ud4j

One of the key Glee storylines in season five featured Lea’s character Rachel Berry moving to New York and starring as Fanny Brice in a Broadway revival of Funny Girl. In one episode, Naya‘s character Santana Lopez surprised Rachel by auditioning to be her understudy in the show, performing the hit song which Lea had sung back in season one.

Of course, the new mom isn’t the only Glee star to pay tribute to Naya on the one year anniversary of her death. Heather Morris, who was not only a co-star but a close friend of Naya, shared a heartrending Instagram post that included a photo of Naya smiling. “It hasn’t gotten easier to write a caption,” she began. “You are the brightest star in my eyes Naya Rivera. I’m so grateful GOD LAYED A HAND and brought us together as best friends, mom friends, scene partners, and everything in between. Your legacy lives on in kindness and being ‘that sassy queen’ in my eyes. I love you forever bebe girl.” 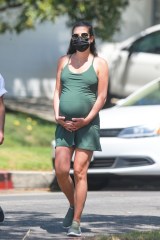 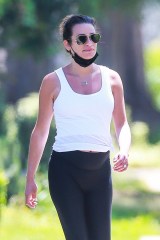 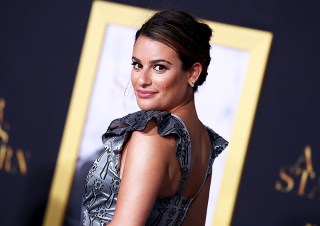 Naya died from drowning in Lake Piru, California on July 8, 2020. She went missing while going for a swim with her now-five-year-old son Josey Hollis Dorsey, whom she shared with ex-husband Ryan Dorsey, 37. While Josey was found safe, his mom was nowhere to be found. Her body was recovered on July 13, 2020 by a rescue team following an extensive five-day search that included professional divers, helicopters, ATV vehicles, boats and ground personnel.

Naya’s mother Yolanda Previtire, and sister Nickayla, also paid tribute to the late actress on July 8 during an emotional segment on Good Morning America. “Sometimes we’re afraid of the sorrow being so heavy that we’re afraid for our own self, ’cause this is hard. There are no words to describe what we’re going through,” Yolanda said. “All we know is we have each other.”