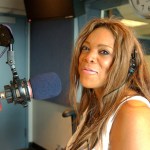 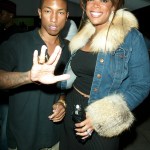 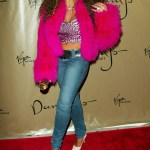 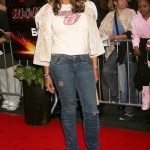 Tabitha Brown took to Instagram to announced she was in a financial position to help her husband retire — and Wendy Williams didn’t appear to agree with the decision.

Tabitha Brown, 42, just put Wendy Williams, 56, in her place! It all started when Tabitha, who stars on series The Chi as Octavia Matthews, took to Instagram to reveal she was helping her husband Chance Brown retire from his job at the Los Angeles Police Department. She explained that she was now in a financial position to support her husband with the move after years of struggling to make it in Hollywood (she has a lead role on The Chi, which started earlier this year).

Wendy, who was married to ex-husband Kevin Hunter Sr. from 1997 – 2019 until his public cheating scandal, didn’t seem to agree with the move. “I was married to one of those. ‘I make the money!’ and so on and so forth…’Go live your dreams! Open a business! Go, go, go!’ See how that turned out,” she began on the Hot Topics segment of her show July 1. Notably, Kevin — who shares son Kevin Jr., 20 with the host — served as Executive Producer of The Wendy Williams Show until their split. His extramarital affair also produced another child.

“I predict that this marriage is going to be on real rocky ground in a moment. ‘Live your dream’… They may invest in stuff and lose the money,” Wendy went on of Tabitha’s marriage. The Vegan actress also just launched her own “Sunshine” spice blend as a collaboration with McCormick. “They invest in something else then the money gets swindled or stolen. Then they invest again and he comes home and throws his bag down. She’s like ‘What? What?’ And he’s like, ‘I can’t do this and this is your fault. You’re over here making your money and stuff and had me quit my job’,'” Wendy predicted.

“Being a cop was a big part of his identity, he liked it but she came to him and said that,” the talk show host concluded. Shortly after the moment caught traction, Tabitha took to respond — making it very clear that her husband Chance is nothing like Kevin Hunter. “Wendy the pain you must be in to feel this way, honey, I’m so sorry. But listen, let me tell you this. Twenty-three years I’ve been with my husband, broke for a very long time together. Struggled for a very long time together. Succeeded for the last couple of years together,” she began, flashing her iconic smile.

“I was his dog in the fight and he believed in me and we did it together for the last 15 years,” she said, making sure it was clear her husband very much loved his career and built it himself. “I did every year with him in the LAPD and he did every year with me with rejection and not in this entertainment industry. However, God has blessed me…I’ve been praying on this for a very long time and it has now come to pass. That is the power of God. It’s also the power of allowing God to be first in your marriage. That’s how it remains successful, we keep Him first. He is first in our marriage. Not money, not business, not success, but God. He’s first.”