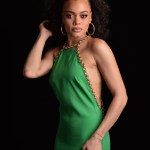 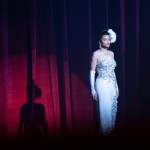 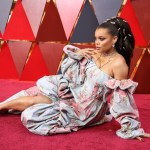 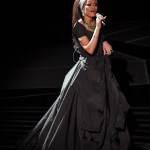 Amidst speculation that Andra Day is the latest woman romantically linked to Brad Pitt, the Golden Globe winner finally revealed if she and Brad are an item – or not!

If any stans are hoping for “Brandra” – the portmanteau/couples name one might create for the rumored Andra Day and Brad Pitt romance – here’s some bad news: it’s not happening. At least, that’s what Andra, 36, said while speaking to Entertainment Tonight’s Kevin Frazier at the 2021 BET Awards. When asked for her thoughts on the rumor that she and Brad, 57, are dating, she didn’t hold back. “Oh my gosh, child, especially because we’ve never met,” she said. “So I was like, ‘Oh, alright.’ My sister actually hit me up after, she was like, ‘You met Brad Pitt?’ I said, ‘I guess so. I guess we did.’ “

Just in case anyone didn’t know she was joking, Andra emphasized that this rumored romance was just that – a rumor. “We’re not dating. We don’t even know each other. It is hilarious. It was thin air. Somebody was bored that day,” she said. Andra did have some nice words for Brad. “He’s great, though, super talented, wonderful.”

It seems that by the time it’s all said and done, every major starlet will be caught up in a dating rumor with Brad Pitt. The Once Upon A Time…In Hollywood actor even made a joke about the frequency of these speculations during the 2020 Golden Globes. “I want to say hi to my folks because, hey,” he said. “They’re back in the Ozarks. I wanted to bring my mom, but everyone I sit next to they say I’m dating.” After delivering the punchline, the camera quickly cut to Jennifer Aniston, his ex-wife and frequent subject of those very “Brad Pitt romance” rumors.

With a “Bennifer” reunion in full swing, Jennifer Aniston recently squashed any hopes fans might have for her and Brad resurrecting their 90s romance. “Brad and I are buddies. We’re friends,” she said during the June 23 episode of The Howard Stern Show. “We speak, and there’s no oddness at all, except for everyone that probably watched it and was wanting there to be, or assumed there to be.”

While Andra Day isn’t taking home a Hollywood Icon, she did take home the Best Actress Award at the BETs for playing Billie Holiday in The United States vs. Billie Holiday. “It’s our peers and our people, and I think especially with a movie like United States Vs. Billie Holliday, Lee [Daniels] really made the movie for us,” she said of the film’s director when accepting the award. “That’s who was on set, and that’s who was in our hearts and in our minds when we made it. So for our peers to say, ‘We love this. This is special to us,’ it means everything.”