It is a night of country music and collaborations at the CMT Music Awards! As she prepares to go on Florida Georgia Line‘s “I Love My Country” tour this summer, Lauren Alaina is gracing the red carpet for tonight’s big event. Ahead of her highly-anticipated performance with Jon Pardi on the Ram Trucks Side Stage, the singer looked dazzling in a one-of-a-kind look! She rocked a black chic jumpsuit that featured a silver sequin top on one side, while the other half was a ruched tulle fabric that went into a skirt. Literally only Lauren Alaina could pull this off! The “Getting Good” singer put her hair up in a sleek top knot with a long side bang.

Tonight’s CMT Music Awards are filled with major collabs, in addition to Jon and Lauren’s! Keith Urban will take the stage with Fleetwood Mac, while Lady A, Carly Pearce and Lindsay Ell will deliver an epic performance together. Mickey Guyton will join BRELAND and then later in the show, Gladys Knight. For a genre-bending performance, Chris Stapleton will sing alongside H.E.R., and similarly, Carrie Underwood will perform with NEEDTOBREATHE. Host Kelsea Ballerini has been excitingly hyping up the debut of her new song with LANY’s Paul Klein, which they will sing at the show.

Fans were looking forward to Maren Morris‘s live performance debut of her top-charting song “Line By Line” with JP Saxe, but the “Girl” singer had to drop out of the show last minute due to a “scheduling conflict,” she announced on June 9th. “Due to a scheduling conflict, I will not be performing at the CMT Music Awards on Wednesday,” Maren shared on her IG Story “I know @jpsaxe will slay it and I am so excited for his album to come out soon!”In her place, Ingrid Andress will sing with JP. 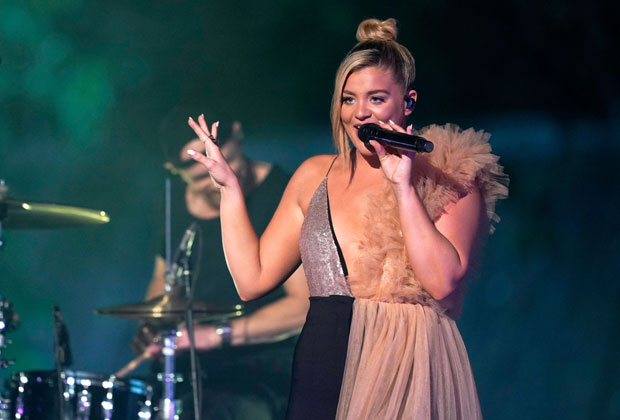