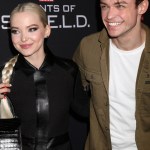 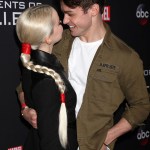 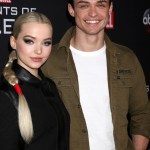 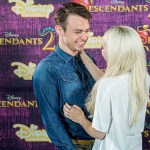 Disney star Dove Cameron opened up about her ‘very public breakup’ with Thomas Doherty in 2020 which ‘f—ed’ her up. She also shared an update on their relationship.

Dove Cameron revealed her split from actor Thomas Doherty left the Disney darling in a “really bad place.” The singer, 25, and her boyfriend of four years called it quits in December 2020. “I went through a very public breakup last year, and I was in a really bad place, like a really, really bad place,” she told Entertainment Tonight.

While suffering over the loss of her relationship, Dove was doing her part amid the pandemic by staying inside to help flatten the curve. This meant she didn’t have a support system during this difficult time. “I was alone, and it was during the pandemic. No one could come out and see me and I couldn’t leave Canada, and everything was shut down,” the Emmy Award winner said. “So I was really struggling to work through that.”

“The breakup f—ed me up. It was really hard, and I needed something that was going to get me from where I was, in the mourning process, into the other side,” the Liv and Maddie alum said.

The blonde beauty was able to channel her pain through her new single, “LazyBaby” which she described as “kind of satirical, comedic, [and] uplifting.” According to Dove, Thomas “loves it” and her ex “listens to it all the time.” The songstress said, “I sent it to him before it came out, and he still sends me voice notes all the time.” She added that despite their split, things between the exes are “very amicable” and they still “love each other so much.”