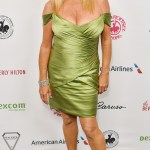 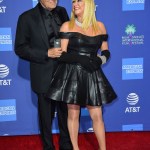 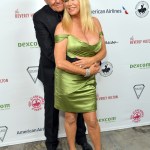 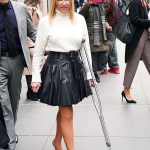 Suzanne Somers happily revealed how she and her husband Alan Hamel keep their marriage of 43 years sizzling by having sex at least twice a day and made some suggestions to viewers, in a new interview.

Suzanne Somers, 74, is speaking out once again about her impressive sex life with her husband Alan Hamel, 84, in a new interview. The actress opened up about how she has sex twice and sometimes three times a day with her spouse of 43 years and revealed that he’s been on hormones, which helps to keep the intimacy alive. “He’s been on hormone replacements for over 20 years,” she told Daily Blast Live on May 24 before giving viewers recommendations based on what works for them.

They included progesterone cream, the melanocortin based peptide PT-141, and drinking tequila every day at 5pm. “There’s a whole new world of peptides, and I think that’s where my [28th] book is going to go because there’s a peptide called PT-141 and that’s for, you know, making you hornier,” she said while also discussing the 27 books she’s released in the past.

“I may be in my 70s now, and I always thought when I got in this decade that it would be over and I just want people to know it ain’t over if you know how to take care of yourself,” she added as Alan joined her on the video at one point. “And god, we are having a great time. Yes, we have a lot of sex because we’re in balance.”

“We’re business partners, we’re lovers, we’re friends, companions and honestly – I know this sounds weird – but I miss him when he’s in the other room. It’s magically lucky,” she further explained.

Before her latest interview about her life with Alan, Suzanne made headlines for revealing similar details about their sex life in a 2019 interview with Daily Mail. “I’m kind of in that groove, like when you were younger and you’re in the mood all the time, and so is he because he’s on hormone replacements,” she said at the time.

Suzanne first met Alan in 1969 while she worked as a prize model on the game show Anniversary Game, which he hosted. “My first date with him, I did everything my mother told me not to do,” she recalled during her most recent interview. “I was 20 years old, and I thought I may never get another chance, so I had my first pot brownie. It’s the first time I ever went to a man’s hotel room, and it’s the first time I ever slept with a man on the first date. But we’re here all these years later. I just knew he was the one.”