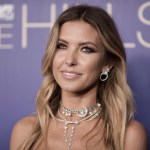 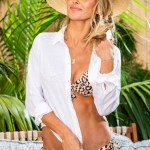 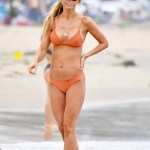 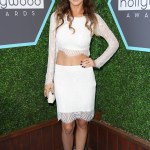 Audrina Patridge admitted she went out with Chris Pine ‘more than a few times’ and shared details about their romance, during a new podcast interview.

Audrina Patridge, 36, reflected on her relationship with Chris Pine, 40, and reminisced about a kiss they shared, in her latest interview. The Hills: New Beginnings star confirmed the romance with the actor when she was asked who the “biggest celebrity” was that she dated that no one knows about, during her May 12 appearance on The Hollywood Raw podcast. After naming Chris, she went on to talk about how they first met.

“This is whenever his movie just came out and I had just finished [my 2009 movie] Sorority Row. So we were all in Vegas for an award show, Rumer Willis and the whole cast [of Sorority Row]. [Chris] came up to me and introduced himself to me and gave me his number,” she recalled.

Romantic rumors about Audrina and Chris surfaced in the past and the former revealed they “went out more than a few times” when she was on the original Hills series. “He didn’t like the whole paparazzi side of it. That was my life, was going out and I was followed by paparazzi,” she explained. “So being on The Hills, our lives completely opposite and just so different with my lifestyle and filming. He was more a real actor, theater actor and loved to read books and jazz music and didn’t really like to go out to clubs or anything like that.”

“At that time in my life, that’s all I was doing was going out to clubs because we were filming all the time and around people,” she continued while also calling him “a nice guy” and “gentleman.”

Although she said “it just kind of dissipated” between them in the end, she opened up about a date they had that led them to a memorable “great kiss.”

“I remember he ordered black squid pasta. I, at the time, didn’t really know what that was,” she said. “I remember he was eating it, and he had black on his lips. When he licked them, he’s like, ‘You’re so beautiful. Can I kiss you?’ And I was like, ‘Okay,'” she continued. “So I kissed him with the black ink. Whatever, I didn’t care.”

Before she wrapped up talking about her time with Chris, Audrina said that although she hasn’t been in contact with him, she wouldn’t rule out giving their romance another try in the future. “Never say never,” she said. Chris, on the other hand, has been dating actress Annabelle Wallis, 36, since 2018.