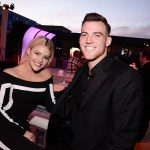 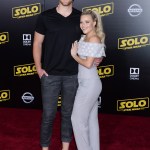 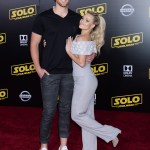 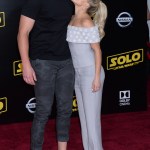 ‘DWTS’ professional dancer Witney Carson has opened up about her mental health, four months after giving birth to her baby boy Leo.

Dancing With the Stars pro Witney Carson took a break from season 29 of the reality show while pregnant with her beautiful baby boy Leo. Now, the dancer is four months post-partum, and has revealed how her recovery from the pregnancy and intense labor has affected her mental health. “I had a much different recovery than I imagined,” she told HollywoodLife during an exclusive interview, explaining why she’s been so open about her changing body.

“I kind of just wanted to be real and just be like, ‘Hey, this is happening to me’ and it’s taking me a lot longer than I thought. I thought I would bounce back right away. I thought that I would get my body back in a week because I’m so athletic and in shape and it just wasn’t the case.”

Witney revealed it was “really rough” trying to get back to a “healthy state”. She added, “If you’re struggling like I am, it’s OK and it’s normal … You don’t bounce back the way that you want to sometimes.” Although she’s tried to stay positive, the 27-year-old found herself feeling “down” and “critiquing” herself.

She told herself: “‘Listen, this is your body making a baby, birthing a baby, this is beautiful, this is amazing and you’re still amazing, no matter what your size is. Whether you’re your fittest or your skinniest to your biggest and everything in between. You’re still beautiful.’ I felt like I had to do a lot of soul searching and a lot of leaning on my husband and my family to kind of encourage me to get back to that good mental state where I was accepting every stage of my body.”

Witney also told HL that she’s been in constant contact with fellow new parents, DWTS pro Artem Chigvintsev and his fiancée Nikki Bella. “It’s so, so much fun. I’m so glad that we’ve all had babies around the same time. It’s so funny because Artem has been great and Nikki has been great as well. He saw my post awhile back about how Leo wasn’t sleeping great so he texted me the number of the sleep training woman that he used. I didn’t even ask. He’s just looking out for me like that so I thought that was really sweet.”

As for how Leo is doing: “He’s finally getting his personality,” she revealed. “He’s laughing and he’s smiling so much so it’s been really fun just to interact with him finally. He doesn’t just spit up, eat and poop anymore. It’s been a bit of a reward.”