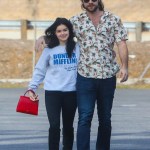 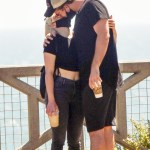 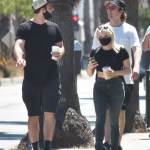 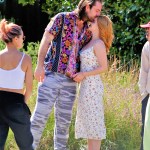 Ariel Winter’s boyfriend Luke Benward got candid about how he cares for his mental health.

Luke Benward works at keeping his mental health in top form and told HollywoodLife EXCLUSIVELY that he thinks it’s “vitally important.” The 25-year-old actor spoke about Mental Health Awareness Month, and how he keeps his mind fit, while promoting his newest movie, Wildcat.

Luke, who has been dating Ariel Winter since Dec. 2019, revealed that meditation is a big part of his life. “I’ve actually recently begun to take meditation pretty seriously and I make a point to do it once or twice a day,” the Dumplin hearthrob shared.

“Twice is obviously the goal. I’ve really come to like it and then rely on it honestly when I’m feeling overwhelmed or feeling like the walls are closing and then just to kind of breathe and center and it’s been really great,” he added.

“I also have this this video that I like that I do kind of when I’m feeling antsy or when I need energy,” he added. “It’s a chakra centering energy video with a bunch of likes funny movements. From the outside it probably looks hilarious but it really helps me, it kind of gets me in my body again. You know, it’s, it’s cool, it’s like an energy…I don’t even know how to describe it.”

During the chat Luke revealed that he sees a therapist on a regular basis. “I have l a counselor who sends me from a dropbox link to it. It’s like a seven minutes guided energy exercise. I have gone [to therapy] on and off my whole life but for the last couple months I’ve been doing it once or twice a week and it’s really good,” he enthused.

Luke also uses binaural beats, a form of sound wave therapy that is believed to synchronize brain waves and alter mood, to help deepen his meditation practice. “I use a binaural beats audio recording that was sent to me by my counselor as well. She basically told me that it’s designed to exercise both sides of my brain. So I use that and that kind of helps you know. It’s kind of like white noise I guess. It keeps it active, but it’s not too distracting.”

A third tool in Luke’s mental health kit is prayer. “I also have this guided prayer I love to do from Judah Smith, in Seattle. He’s a pastor from Home Church and his guided prayers are really great. They’re short and always very uplifting and. And so yeah, I’ll do that sometimes too, or sometimes it’s just like silence, focusing on, you know, breathing. It just kind of depends.”

When it comes to meditating Luke has worked his way up to an impressive twenty minutes at a time. “I started out doing ten minutes of meditating at a time, and now I’m up to twenty. It give me a lot of clarity for sure.

“But I also take that time to just, whether it’s express gratitude and acknowledge the things that I’m happy about or thankful for or, you know, acknowledge things that I’m worried about. It’s just given me a moment to speak aloud and whether you call it prayer or manifesting, it’s just kind of as a moment where I can be by myself.

“I focus on my breathing and really just get back at my body things about my life that I either love and want more of, or want to change and get better at. My brain is always going and so it allows me to just quiet it really just be still.”

Being able to find that stillness was especially important for Luke while he was shooting his latest movie Wildcat. In the gripping feature Luke’s character endures torture at the hands of a terrorist group in the Middle East.

The film pushed him to his emotional limits but fortunately he had his “love” Ariel for support. Luke and the Modern Family alum , were friends for years before they started dating. They just produced and co-starred in Don’t Log Off and during the interview Luke raved about their partnership.

“I’m am more of the relaxed, artistic, ‘it’ll be fine’ brain, and she’s really great with logistics and keeping things on track. So we’re having a blast  producing together, it’s awesome. I love her. We work well together,” he shared.