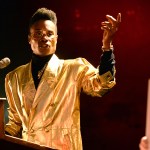 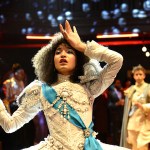 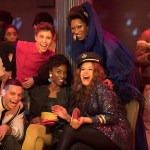 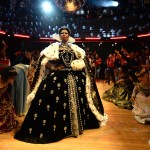 Janet Mock asked a surprised crowd why she is only ‘making $40,000’ per episode of ‘Pose’ at the Season 3 premiere and declared, ‘F*** Hollywood.’

“F–k Hollywood,” Janet Mock, a director and executive producer on the television series Pose, told a reportedly stunned crowd gathered for the FX drama’s Season 3 premiere event at the Jazz at Lincoln Center in New York City on April 29. Janet called attention to her pay and other issues that transgender people in Hollywood face as she said amid her roughly 15-minute speech, “This makes you uncomfortable? It should. It should make you f–king shake in your motherf–king boots. This is speaking the truth. This is what Pose is,” according to The Daily Beast.

Janet also believed that the first two episodes of Pose, which were written by men, were not up to par with the rest of the FX show, according to The Daily Beast. This led Janet to call on Ryan Murphy, the show’s co-creator, and asked how he made the show better. “I wanted to bring in the girls,” Ryan said, which was a reference to Janet and her colleague Our Lady J, who have both been working in Pose‘s writers’ room since 2019. Janet even addressed Our Lady J during her speech, whom she apologized to by saying, “I tried to shrink you to make myself bigger. Why couldn’t I just love you?”

Janet used the end of her speech to make the industry look at the injustices and inequality that the transgender community in entertainment still face, despite shows like Pose — a series that revolves around ball culture and the gay and transgender community in the late 80’s/early 90’s — being made. “It means so much to everyone to ensure that we enable Black and brown trans women to make it…,” Janet sarcastically quoted a line that is often heard in Hollywood, per The Daily Beast. On that note, she said, “That sounds good, right? It makes you comfortable, me talking like that. Because then I don’t scare you into facing the f–king truth: You all have stomped on us.”

Janet’s speech has also caused buzz due to the fact that she admitted to being unfaithful to her boyfriend, Angel Bismark Curiel, who plays Lil Papi Evangelista on the show, in front of the entire production. “Today, I was gonna let [Angel] go. I was gonna let you go, right, but what did I do? I f–ked someone on the crew, right?,” she said amid her speech, according to Page Six. She then added, “Angel, Angel. I’m not losing you. You hear me? You are f–king important to me.” HollywoodLife has reached out to Janet Mock’s and Ryan Murphy’s reps for comment, in addition to FX.

My sister @janetmock left nothing unsaid. I love you girl ❤️ thank you for advocating for yourself and for #girlslikeus https://t.co/in4AFiefPD

It was a bold and brave speech which didn’t sugarcoat any truths. Janet’s co-stars appreciated her honesty, like Angelica Ross who tweeted, “@janetmock left nothing unsaid. I love you girl thank you for advocating for yourself and for #girlslikeus.”