Proud mom Kendra Wilkinson has revealed she and her ex-husband, ex-NFL player Hank Baskett are successfully coparenting their two children. The former couple, who split in 2018 after nine years of marriage, share a son Hank IV, 11, and daughter Alijah, 6. The actress told Us Weekly that thing were “stable” in their relationship. “We are [in a better place]. Time heals all,” she revealed.

“My kids are at that age where we can do things they come up with. It works. Hank Jr. is 11 and a good kid, he teaches me a lot about whatever he is into, and we have a very good relationship. My daughter is tough, but she is exactly like me. I feel like the quarantine was an extended version of mom and kid time. It was good for all of us,” Kendra told the outlet.

The former Playboy model said she feels like “a stronger person” after quarantining with her kids amid the COVID-19 pandemic. “It is just me,” she said. “I do not have extended care. Not even a housekeeper. I like that it is all me. Do not get me wrong, that way is easier getting nannies, housekeepers and even cleaning services. But I am not lying when it is all me. I am doing it all. I think it shows them that their mom is strong and can do it all. I also think it’s a great way to have them pitch in and help.” 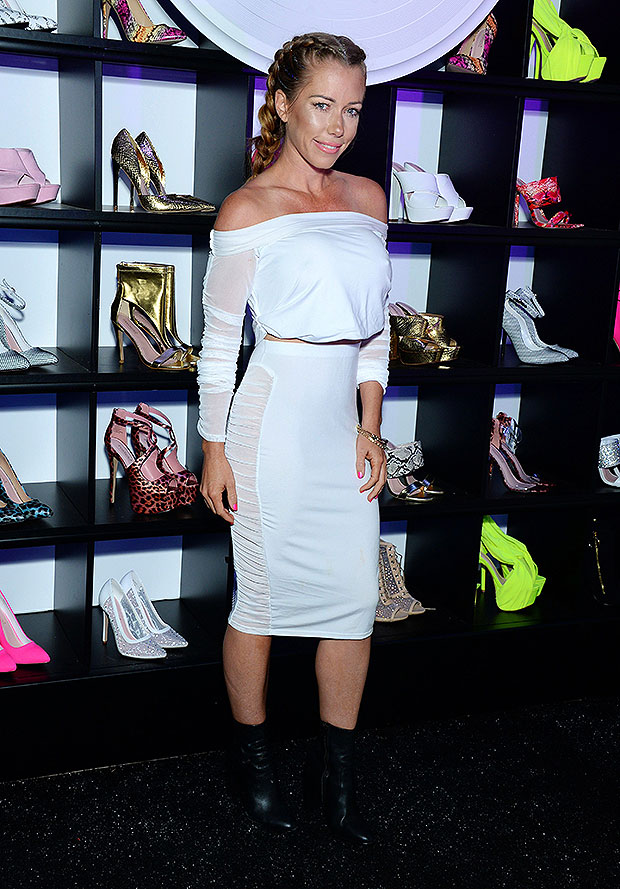 It comes just a few weeks after Kendra responded to her former The Girls Next Door co-star, Holly Madison, after she went on the Call Her Daddy podcast. Holly, 41, said she and Kendra weren’t on good terms and implied that Kendra had lied about having sex with Hugh Hefner before she moved into the Playboy mansion. “In response to her, but times have changed. I forgive and have kids to love and focus on,” Kendra said.

The drama was initially sparked by Holly saying on the podcast that women were required to sleep with Hugh before officially moving into the mansion. “I had to sleep with him first,” said Holly. “I’m not trying to slut-shame anybody or anything, but nobody ever got asked to move in unless they had slept with him.”