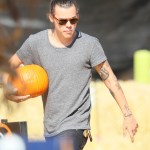 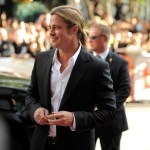 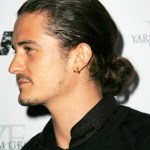 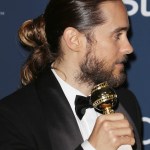 Justin Bieber took to Instagram and gave his millions of followers a look at his latest hairstyle, featuring the singer’s new dreadlocks in a man bun. Check out his post!

Justin Bieber is enjoying some rest and relaxation and offering his adoring fans an update on his social media accounts. The latest post from the “Yummy” singer, 27, featured him looking thoughtfully away from the camera as a candid photo was snapped. Justin sported a red Balenciaga shirt with a pair of basketball shorts and blue and white Nike sneakers.

The latest changeup to his look, however, was Justin’s hair. The singer fashioned his new dreadlocks, which he debuted to mixed reaction only two days ago, into a bun. In a second photo from the post, Justin showed off his soft smile to the camera, and looked completely content to be spending some time in paradise with his beloved wife, Hailey, 24.

Justin and Hailey look like they’ve really been enjoying themselves during their downtime together. Prior to this latest post, Justin shared a sweet snap with his lady love basking in the sunshine. While the two have been incredibly open about their marriage and the journey throughout their relationship, Justin has also taken time to address some of the tougher times they’ve experienced.

“There was just a lack of trust. There was all these things that you don’t want to admit to the person that you’re with, because it’s scary. You don’t want to scare them off by saying, ‘I’m scared,'” Justin revealed in a vulnerable interview with GQ. The singer, who became a worldwide phenomenon as a preteen, admitted that the first year of his marriage to Hailey was “was really tough.”

But after finding the guidance he clearly needed, Justin feels more “comforted” than ever before. “I really do feel comforted,” he shared with the outlet. “I have a wife who I adore, who I feel comforted by. I feel safe. I feel like my relationship with God is wonderful. And I have this outpouring of love that I want to be able to share with people, you know?”