Alex Rodriguez has paid tribute to his daughter Ella on her 13th birthday with a video montage which featured photos of his now-ex fiance Jennifer Lopez.

Just days after Jennifer Lopez and Alex Rodriguez confirmed their split, the former New York Yankee posted pics of the “Let’s Get Loud” singer as part of a birthday tribute to his daughter. He shared a video montage in honor of his mini-me Ella‘s 13th birthday on April 21, and included a pic of her and Jen cuddled up next to each other. “13. Wow,” the former athlete wrote in his caption. “That number has meant a lot to me over the years, but today, it’s even more special than ever. I just can’t believe my Ella Bella turns 13 today. My baby girl is officially a teenager!!” 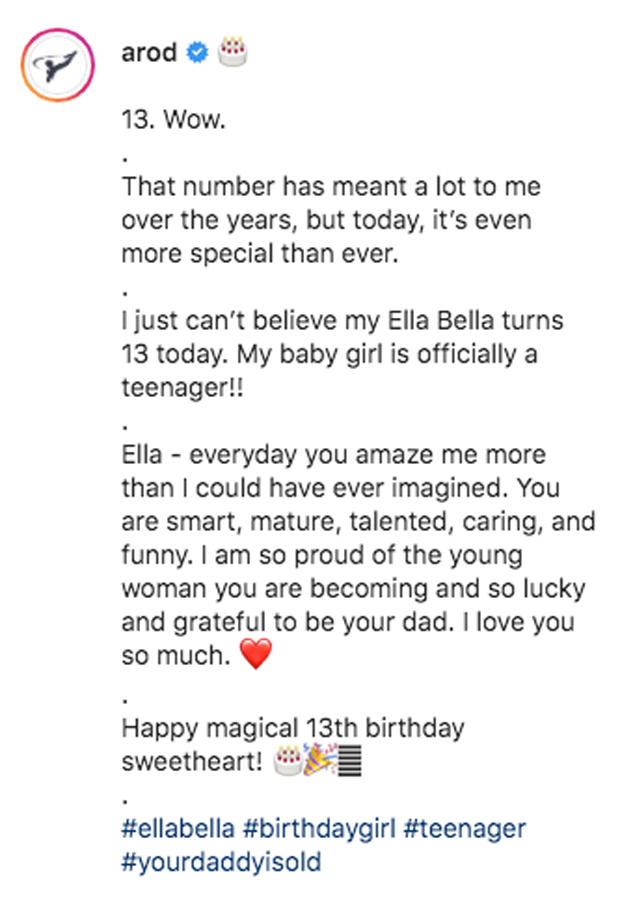 A-Rod continued, “You are smart, mature, talented, caring and funny. I am so proud of the young woman you are becoming and so lucky and grateful to be your dad. I love you so much. Happy magical 13th birthday sweetheart!” The post also featured photos of Ella with Jennifer’s 13-year-old twins, Maximilian and Emme, as well as shots of their formerly blended family. “Such a great dad,” one fan commented, while another wrote, “Beautiful you are a great dad.” Meanwhile, some noticed it was at a little strange he included pics of his ex. “Am I the only one to think it’s weird he included several (very sweet) pics with Jennifer here?” one fan commented.

The pair announced on April 15 that they were officially calling it quits. “We have realized we are better as friends and look forward to remaining so,” the pair told the TODAY show. J.Lo and A-Rod also said that they would “continue to work together and support each other on our shared businesses and projects,” and that, despite the end of their engagement, they “wish the best for each other and one another’s children.” 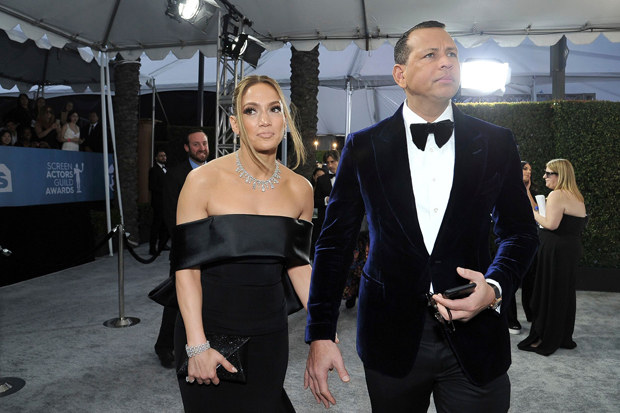 In the wake of the break up, one report alleged that Jennifer, 51, was the one who ended the engagement. “She insisted on it. There are are too many issues that are unresolved,” a source close to the Hustlers star told PEOPLE. “Whether or not he has cheated doesn’t matter. She won’t tolerate the fear of it in the air between them… She has been pretty miserable and didn’t think it was in her best interests to stay with Alex.”