Ava Michelle has the moves on the dance floor (ehem, Abby), but does Jodi, her shy and insecure character in Netflix’s Tall Girl? As we prepare for the sequel of the beloved teen movie, Ava teased an exciting twist to expect! “Maybe Jodi is a little more musically inclined than we thought!” she dished in an EXCLUSIVE interview with HollywoodLife.com. “Which is kind of cool… something that is a little fun.”

She continued, “It’s really cool. It’s just funny because I’ve always danced as Ava, so I’m like, if I’m being Jodi, how does Jodi dance? That’s been very interesting to think about.” The 19-year-old also revealed that the film will show the aftermath of Jodi professing her feelings to Stig (Luke Eisner), in front of the whole school. “I think it’s something a lot of people go through when they just jump in the water and it’s like, ‘Oh, shoot, what do I do now?’ So, the sequel will be addressing that,” she added. 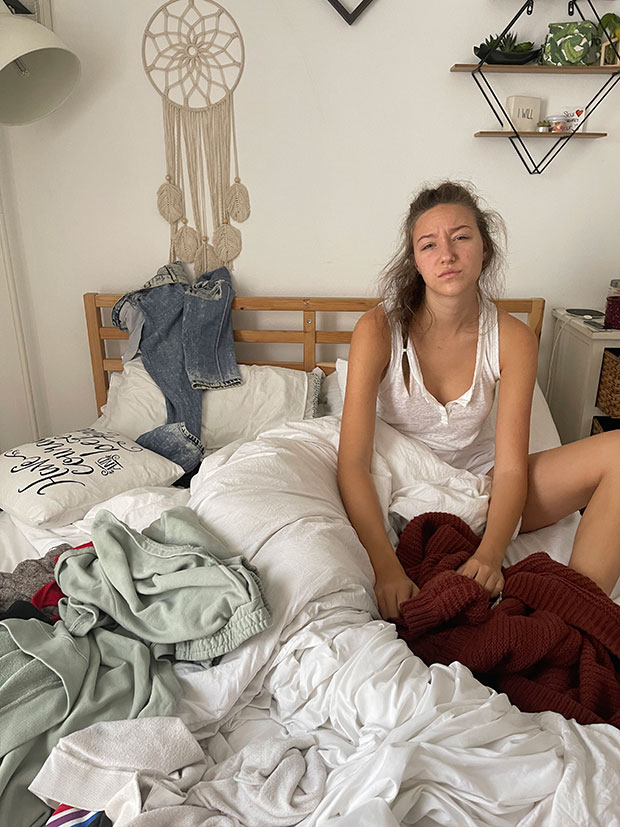 Ava Michelle has always been super open and positive with her large following, since her Dance Mom days. Now, the #AerieReal partner is taking the filter back even further with the latest campaign that shows herself and other social media stars at their most vulnerable. Aerie wants people to REAL the Rithm (get it… algorithm) and show the world their version of REAL by bringing positivity, laughter, and light to the social media feed. To help launch the challenge, the brand is encouraging people to create original content on both TikTok and Instagram using #AerieREAL and tagging @aerie – on TikTok, users can search for the custom sound titled #AerieReal Reveal. For every post, the brand will donate $1 (up to $100K) to NEDA.

PSA: we are more real than we appear. @aerie @neda #AerieREAL and #AeriePartner

“I really just try promote positivity and try to be as real and as raw as possible,” Ava explained. “Then hearing the message behind the #AerieReal challenge made me super excited to be a part of something like this, because I think all of us need to be reminded every once in a while that what we see on social media isn’t real.”

Related: Joe Locke: 5 Things To Know About The Breakout Star Of Netflix’s ‘Heartstopper’

She continued, “I also think that it’s a good reminder on how special it is to really show our real selves and share that because real is real.”