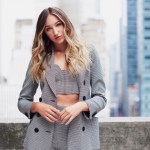 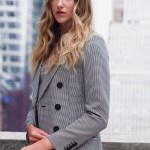 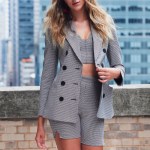 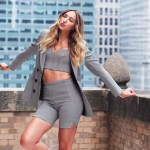 Ava Michelle shares a lot in common with her character Jodi, who she plays in Netflix’s ‘Tall Girl.’ She talks to HL about the impact of the breakthrough role.

Ava Michelle, 17, might be the tallest girl in the room, but she’s also, probably, the most talented. The triple threat (dancer, singer & actress) just broke out into the acting world with the lead role in Netflix‘s Tall Girl, in which she plays 16-year old Jodi Kreyman. Similar to her character, Ava is 6″1 (and a half), and understands the insecurities that can come with being “a tall girl.” “When I was younger, I did go through a lot of social media body shaming and cyber bullying. A lot of it was because I was so tall and I was so thin,” she explained in an EXCLUSIVE interview with HollywoodLife.com. “It was on a different level of what my character Jodi is going through, and a different situation, but I think we both found out how to deal with it in the same way and that’s with self-love and self acceptance.”

When diving into the role, Ava revealed that she felt like telling Jodi’s story was cathartic for her, in a way. “I did learn a lot of things from Jodi and I think the biggest thing with her that I had to realize was like why she’s so different with every single person. She’s different with her sister (played by Sabrina Carpenter) than she is with her dad and her friends,” she described. “I just think it was cool we both found self love to deal with those problems.”

Ava continued, “Jodi also has this amazing presidential speech that I didn’t get to do, so I feel like everything I had wanted to say in my life, I got to say in that scene!” As Ava spoke about finding self-acceptance, she also admitted that she’s always trying to put positive messages out in the world for her millions of fans and followers. “I think it’s so important for those with a platform to have a positive influence and I think this movie is going to be a great way for me to have a voice and to be able to say things in a way people will understand and relate to,” she explained.

The 17-year-old dropped her own clothing line, called Self Love Club, which is a collection of T-shirts and sweatshirts with positive messages on them written backwards, so when you look in the mirror, you’re reading it for yourself. “I wanted to make sure that we’re not wearing these things for other people,” Ava said. “We’re wearing them for ourselves.”

Be sure to tune into Netflix to watch Tall Girl, out now!