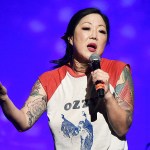 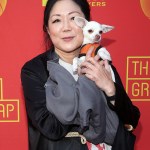 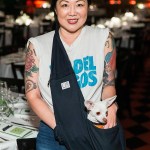 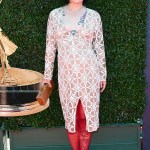 “My initial reaction to the attack in Atlanta was really shock and disbelief,” Margaret Cho says when speaking EXCLUSIVELY with HollywoodLife, one week after the vile shootings that left eight people – six of whom were women of Asian decent – dead. Though the attacker reportedly claimed that the attacks were not “racially motivated,” a recent report by the Center for the Study of Hate and Extremism said hate crimes against Asian Americans in 16 cities rose by 150% in 2020, according to NBC News. For Margaret, 52, one person who deserves the blame for creating this environment of hate and fear is former President Donald Trump.

“I think Trump’s anti-racial slurs absolutely contributed because it’s a casual kind of racism that he was promoting,” Margaret tells HollywoodLife. The twice-impeached, 74-year-old disgraced ex-president was often condemned for referring to COVID-19 as the “Chinese Virus,” “Wuhan Virus,” and other derogatory terms. “That casual way of being racist,” Cho tells HollywoodLife, “is actually very harmful because you minimize the humanity of others, and that’s what Trump was doing.”

Margaret – whose animated Netflix movie Over The Moon is up for Best Animated Feature at the 93rd Academy Awards, and will be launching her new podcast, The Margaret Cho: Mortal Minority, on April 1 – spoke with HollywoodLife about the “cowardly and disgusting” attacks, why she thinks Anti-Asian hate crimes go underreported, and the simple solution to ensure such an attack never happens again: “Don’t be racist.”

HollywoodLife: What was your initial reaction when you heard about the attack in Atlanta leaving six Asian women dead among the eight who were killed?

Margaret Cho: My initial reaction to the attack in Atlanta was really shock and disbelief. I’m so close to the city of Atlanta, I lived there for a long time, and it was really sad and upsetting. Because I lived there for nearly a decade, I think that it was very much like something happening terrible at home.

Why do you think law enforcement is reluctant to call this a hate crime?

The fact that law enforcement was reluctant to call it a hate crime is really irresponsible because I can’t imagine what else it could be. This is a hate crime, absolutely.

How do you feel about Captain Jay Baker, the director of communications for the Cherokee County Sheriff’s Office saying investigators got the impression that the shooter was having a “really bad day?”

I don’t buy that the shooter was having a ‘bad day.’ I mean, be that as it may, it doesn’t justify murder.

Why do you think we see more Asian women and the elderly being targeted?

You’ve said that Anti-Asian hate crimes are likely underreported. Why do you think that is?

I think Asian American hate crimes are widely underreported because a lot of Asian Americans are unwilling to come forward. There’s a deep sense of shame around issues like this, especially when it comes to the older generation. They don’t want to show suffering because suffering has long been a sign of weakness. And so culturally, we have a tendency not to report incidents, not to involve law enforcement, but it’s time that we did that.

What do you think can be done to prevent that?

I think what can be done to prevent that is to speak up, and the more of us who speak up about these things, the more I think the awareness that we have to speak up, is going to be clear.

How do you feel Trump’s Anti-Asian racial slurs amid the pandemic contributed to violence against the Asian community?

I think Trump’s anti-racial slurs absolutely contributed because it’s a casual kind of racism that he was promoting. That casual way of being racist is actually very harmful because you minimize the humanity of others, and that’s what Trump was doing.

What can we do as a nation to stop this from continuing to happen?

What we can do as a nation to stop this from continuing is to not be racist. It’s very simple. Don’t be racist.