Whitney Port played the role of the loyal, smart and straight-thinking friend in The Hills and reprises that sidekick role once again in The Hills: New Beginnings. In quarantine, Whitney, with her husband Timmy Rosenman, decided to record themselves re-watching The Hills, which aired from 2006-2010, and it truly is some of the best content on the internet. As the couple laughs, cries, gasps and cringes, it’s hard not to wonder if Whitney, now almost 15 years older and wiser, has any regrets from her tenure on the show.

In an EXCLUSIVE interview with HollywoodLife, the fashion designer revealed her thoughts while looking back on her time on the show. “I’ve never had regrets about the show. I always feel like I was very aware of what I was doing in the moment and I was mature. I was like, a mature 21-year-old and I knew that I didn’t want to just be part of the drama for drama sake. I knew that I wanted to build a career,” she told HL. “I really am proud of myself for how I handled myself then.”

Whitney added that her one wish was that she was “more present” and realized ” how cool what I was doing was.” “I wish I had more access to what I was up to and could know what I was thinking in that time,” she said.

In re-watching the show, the former Teen Vogue intern revealed that she was shocked by how much she had forgotten from those years of her life. “I can’t believe that I don’t remember the storylines, or anything that really happened. Like, I feel like I’m watching it for the first time!” she laughed.

Whitney revealed that she is still in close contact with both Lauren Conrad, who was just on her podcast With Whit, and Heidi Montag, despite a brief falling out. “I chat with Heidi. I actually saw her a couple weeks ago because I filmed a little bit for the season of The Hills: New Beginnings,” she dished. In The Hills reboot, Whitney explained that her role is “more of a friend” and “not so heavily focused on my life.” 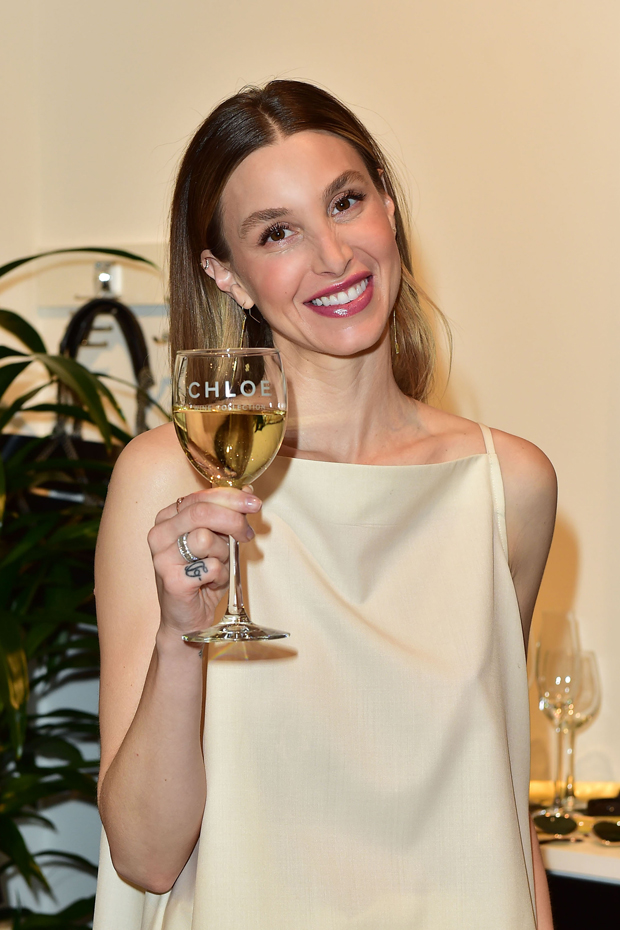 The Love, by Whitney Port designer spoke to HL while teamed up with Chloe Wine Collection and Dress for Success in support of their annual ‘Your Hour Her Power’ campaign. Together they are raising awareness for the services Dress for Success provides to help women look and feel their best professionally throughout the month of March. She is getting involved by sharing some of her confidence-boosting looks and career-building tips with Dress for Success clients on their Instagram.