Nothing makes Britney Spears more happy than when she puts on a song and dances around the marble foyer in front of her living room. The 39-year-old loves to share the videos with her fans via Instagram, but she got criticized about her body’s form by none other than former Dance Moms star Abby Lee Miller, 55. Shortly after Britney uploaded a Mar. 18 video of her spinning around and doing moves to India Arie‘s ballad “Ready For Love,” Abby entered the comments and the dance instructor scolded Britney to “Close your rib cage!”

Abby’s comments about Britney’s poor dance form had some fans clapping back. Follower @bhad.bray wrote, “@therealabbylee let the girl dance smh not everyone is trying to dance at a company.. anyways love u brit,” while @rxchel.kirby commented, “@therealabbylee ab c’mon give her a break she can’t control anything.” Fan @angtip pulled out uberfan Chris Crocker‘s infamous plea, telling the former Lifetime star “@therealabbylee Leave Britney alone!” 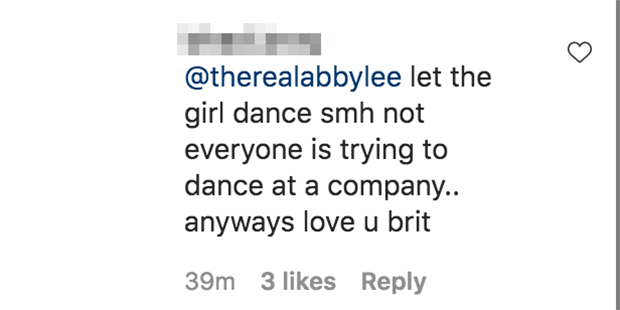 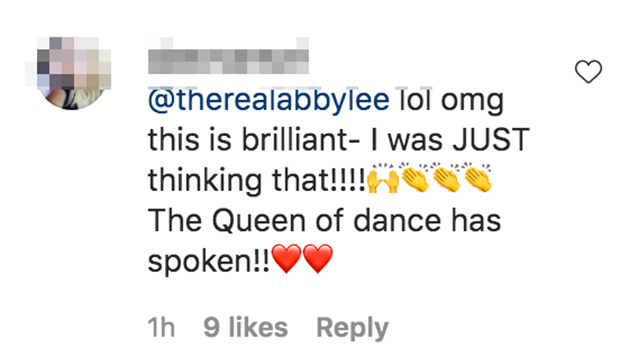 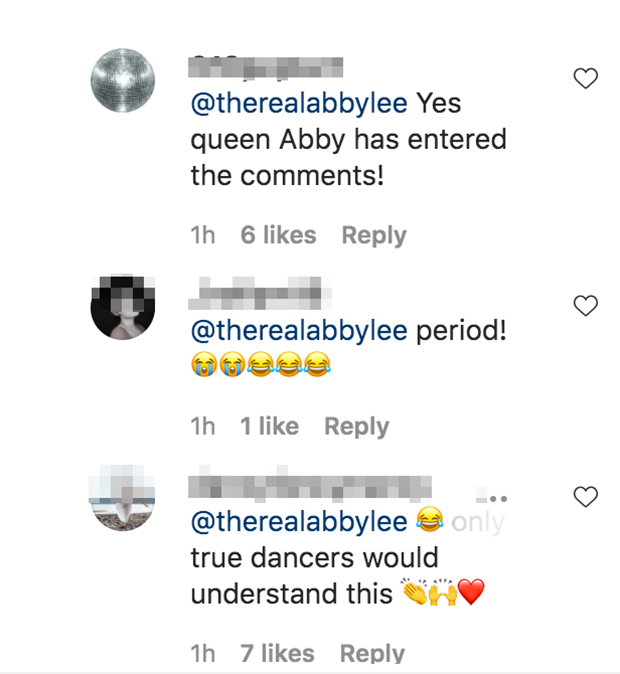 Other users who had some dance training were thankful that Abby was pointing out correct form to the “Toxic” singer. Fan @dasmama1 wrote under Abby’s comment, “@therealabbylee lol omg this is brilliant- I was JUST thinking that!!!! The Queen of dance has spoken!!” with a series of applause emojis. User @dancyfancynancy told her, “@therealabbylee only true dancers would understand this,” while @mb_4eva noticed another correction needed in Britney’s form, adding, “@therealabbylee and lift those hips!”

Britney didn’t seem to notice Abby’s advice, which ended up getting buried far down in the comments. She wore her usual dance video attire of a crop top — this one with an off the shoulder white ruffle style — and super tiny shorts with the waistband turned down.  Most fans just noticed that she was up to her usual happy twirls, with @withwandering_lidia pointing out “Smiling and spinning to the security cam as usual” and @joyous_lashes noting, “If theres one thing about Britney, she loves to spin.” Britney just dances out of joy, and not to win any competition style points.