North West is growing up so quickly! The daughter of Kim Kardashian and Kanye West may only be seven years old, but she’s smart beyond her years. Kim took to her Instagram Story on March 16 to reveal little North had created a “leprechaun trap” ahead of St. Patrick’s Day. She shared a series of clips, which showed the elaborate set-up designed to trap the fictional creature from Irish folklore. “This is garlic salt, when the leprechaun opens the door it will falls into the bowl, then the leprechaun slips in this [cooking spray] and falls down and gets trapped in the plastic bag,” North explained.

The youngster then revealed the leprechaun would climb up a towel which was covered in powdered sugar, before falling into a bowl of ice. “Rest in peace,” she said, looking at the camera. Kim chimed in, “Northy girl you are so creative, it think we’re going to catch a serious leprechaun.” Little brother Saint, 5, was also on hand to help with the set up, and was heard singing before getting shy and avoiding the camera. “You dance and you sing then you get embarrassed just like your momma,” Kim was heard saying.

The SKIMS mogul then revealed her plan after her kids went to bed. “I put out a box of Lucky Charms to pretend like the leprechaun came and left some … I also have to mess up the trap a little,” she explained, as she sprinkled gold glitter. “We gotta create the magic while they believe … hopefully they never stop. Happy St Patrick’s Day guys, it’s also my brother’s birthday, tomorrow will be a fun day.” She then shared a screenshot of a DM from a fan which read, “Macaulay Culkin is shaking,” referencing the former child star’s infamous turn in Home Alone. 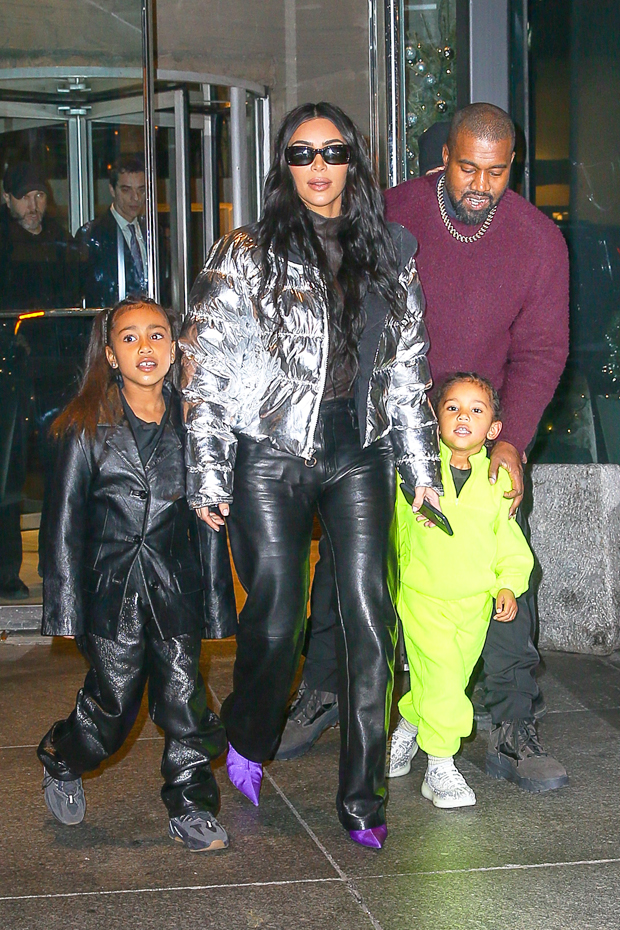 It comes one day after Kim opened up during the March 15 episode of Good Morning Vogue, revealing that she sees the past twelve months as a “huge cleanse,” and “a huge opportunity for people to really be grateful for the simple things.” She added, “the amount of time that, I know, me and all my parent friends have spent with our children has been so beautiful, that we get this time. I always try to look at things in a positive way. Even though it has been such a challenging year, it’s a time to regenerate, get creative, spend so much time with family, and just this time I’ve been able to spend with my children has been priceless.”