Bad Bunny is pumping himself up for the Grammy Awards! The newly-minted 27-year-old, who was born Benito Antonio Martínez Ocasio, took to his Instagram Story on March 11 to share a shirtless selfie before hitting the gym. The Puerto Rican rapper, who has collaborated with the likes of Jennifer Lopez and Cardi B, rocked nothing but a pair of mustard yellow sweatpants and a black baseball cap. He posed for the mirror selfie, in what appeared to be a hotel room, as an Adidas headband and other gym equipment could be seen on the table in front of him.

It comes just one day after he celebrated his 27th birthday, and shared a series of funny selfies in the pool. “hay que quererse mucho 27 añitossss y estoy en mi peak  GRACIAS POR TANTO AMOR!!” he captioned the Instagram post, which showed him pulling a series of funny faces. Of course, fans would know that Bad Bunny is set to perform at the 2021 Grammy Awards, alongside a slew of other big names.

Although the famed awards show generates plenty of conversation every year, a lot of controversy has surrounded the upcoming 2021 awards. The Weeknd recently demanded that his record label no longer submit any of his music for future Grammy consideration after his chart-topping album After Hours was completely snubbed by the Recording Academy. The Super Bowl LV Halftime show performer told the New York Times on March 11, “Because of the secret committees, I will no longer allow my label to submit my music to the Grammys.” In response, the Recording Academy’s interim chief executive Harvey Mason Jr. said in a statement, “We’re all disappointed when anyone is upset,” but that “we are constantly evolving.” 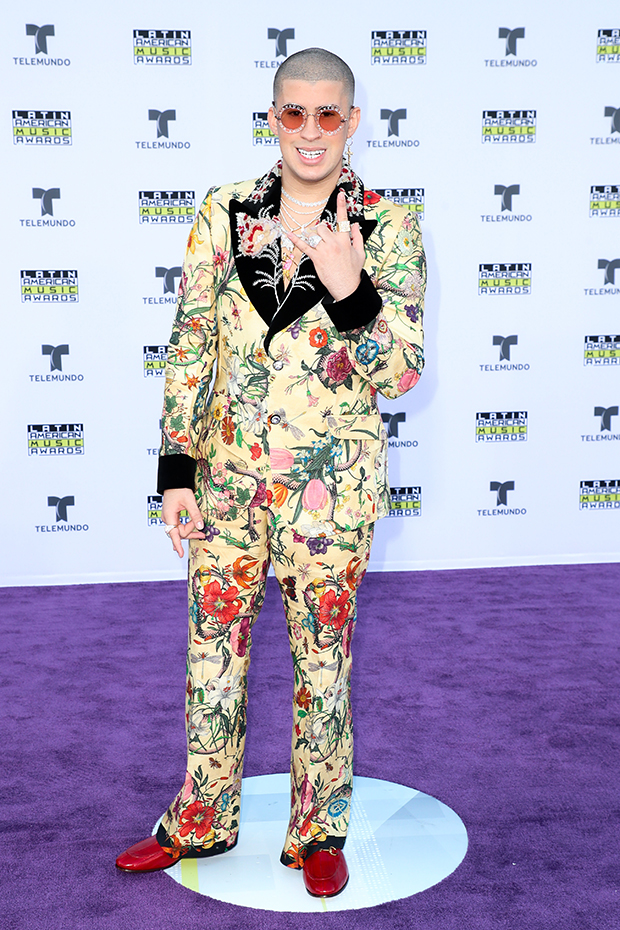 The 31-year-old singer made his feelings known when Grammy nominations were released back in November 2020 — and he was livid that After Hours and the year’s biggest single “Blinding Lights” received zero nominations. “The Grammys remain corrupt. You owe me, my fans, and the industry transparency…,” The Weeknd tweeted at the time.