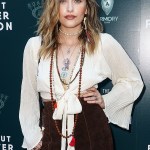 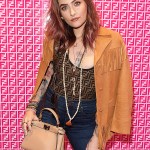 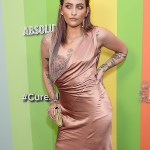 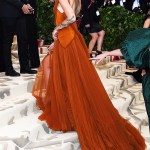 Emile Hirsch wrote that he’s ‘hiding out’ with Paris Jackson under one of two PDA photos, thus sparking dating speculation among fans!

Emile Hirsch‘s latest Instagram photos have got fans talking, because they feature none other than Paris Jackson! The 35-year-old actor, famous for starring in Into the Wild and The Girl Next Door, shared two photos of himself getting quite cozy with the 22-year-old singer and model. The most recent photo showed Emile leaning into Michael Jackson‘s daughter behind a table, which Emile captioned on March 9, “Hiding out with you.”

The photo even received a red heart emoji from Kate Bosworth, whom Emile is currently filming the new movie The Immaculate Room with. Meanwhile, fans had questions: “[ARE] U GUYS DATING,” one fan asked, while another follower wrote, “Please tell me this is happening?!!!”

This wasn’t the first time Emile sparked dating speculation. On Feb. 23, he shared another PDA photo: that time, a photo of Emile with his lips pressed against Paris’s cheek. “Smile like you mean it,” he cheekily captioned the picture. Paris made her feelings known for the actor, because she jumped into the comments section to write, “d’awww love you” — and added two red heart emojis. Like Kate, Brody Jenner also left a red heart emoji underneath this photo. HollywoodLife has reached out to Paris’s and Emile’s reps for comment.

Paris last dated her music partner Gabriel Glenn; The Soundflowers collaborators’ breakup was reported in Aug. 2020. The split was “completely amicable and neither of them hold any grudges or animosity toward one another,” a source EXCLUSIVELY told HollywoodLife at the time, who added that “their relationship simply ran its course and it was time for [Paris] to move on.” Paris and Gabriel had dated for more than two years.

Meanwhile, Emile was last speculated to be dating model Elisha Herbert. They were photographed at a park together with Emile’s seven-year-old son Valor (the actor has not revealed who he shares his child with) in June of 2020, according to Daily Mail.

Emile is also known for appearing in Quentin Tarantino‘s 2019 blockbuster Once Upon A Time…In Hollywood, which starred Leonardo DiCaprio and Brad Pitt. Emile is friends with Leonardo and they were even seen hitting the beach together amid quarantine in Nov. 2020.