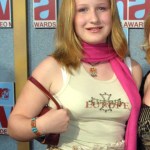 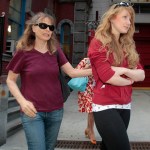 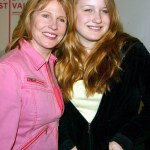 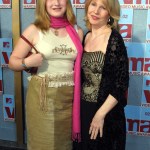 In a revealing new essay, Caroline Giuliani opens up about her sexuality and how she found her voice and freedom after indulging in threesomes with couples.

Rudy Giuliani’s 32-year-old daughter, Caroline Giuliani’s, life changed when she started embracing her sexuality by becoming a “unicorn,” or someone who has threesomes with couples seeking a third partner. Caroline shared her experiences with polyamory in an essay for Vanity Fair. “I now understand that my curiosity, open-mindedness and sense of adventure are three non-negotiable, defining elements of my identity,” Caroline admitted. “But it wasn’t until I started sleeping with couples that I shed my shame about those qualities, let alone embraced them in all areas of my life.”

Caroline added that her relationships with couples, which are not always sexual, helped her “better cope with depression, anxiety, and the lingering cognitive effects of adolescent anorexia” because it “became the key to harnessing [her] voice and creative spark.” She also opened up about one specific encounter with a couple, which led her to define her sexuality. “My heightened response to their energetic flow also started me on the path to identifying as pansexual,” Caroline confirmed. “Which feels more precise than bisexuality.”

Caroline said that her experience as a unicorn helped her embrace parts of herself that she never was able to before. “I know now that I am empathetic, radically open-minded, profoundly adventurous and fiercely committed to telling stories that reduce the stigma surrounding sexuality and mental health — including this one, right now,” she wrote. “Before I started living the unicorn life, I wouldn’t have had the confidence to list those qualities or even feel certain that they are positive traits”

She concluded by explaining that the purpose of her essay was to clarify misconceptions about “sexually adventurous people,” including the notion that they’re “less responsible” because of their lifestyle. “Shining a communal light on sexuality makes it harder for darkness, like assault and trauma, to fester,” Caroline explained. “Because of my openness, I’ve dealt with everything from first dates spitting in my mouth (without consent!) to people assuring me I’ll never find a partner to start a family with. Through all of the judgement, the incredible moments of connection and transformation I’ve shared with these couples remind me that my expansive mind is a gift.”