Amelia Hamlin is head over heels for boyfriend Scott Disick, and wanted to shout it to the world. In a Feb. 28 Instagram story, the 19-year-old shared a photo sitting and cuddling up to her 37-year-old sweetie. Over the snapshot she declared Scott is “My dream man.” When the fan Instagram page Best of Bravo shared The Real Housewives of Beverly Hills star Lisa Rinna‘s daughter’s photo and message, the comments section lit up with fans who were grossed out by the relationship, with one calling father of three Scott a “predator” for dating girls still in their teens. But Amelia clapped back, writing, “everyone can calm down.” 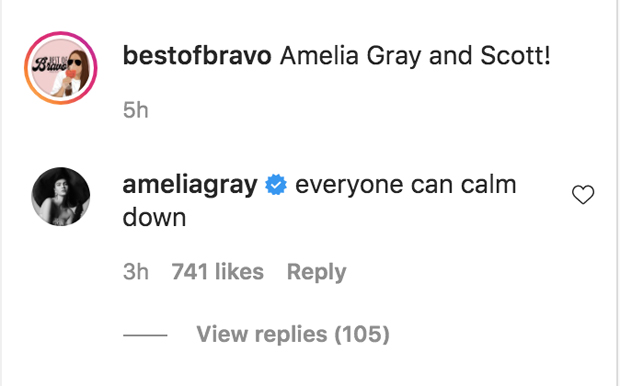 Amelia Hamlin told fans to “calm down” in an Instagram post, when they en masse dissed her romance with much older Scott Disick.

User @margaretmary811 wrote that Amelia’s declaration was a “Premature statement for someone barely out of high school,” while @botwort claimed, “If he is her ‘dream man’ she needs to do some serious inner reflection.” Others pointed out that Amelia is only eight years older than Scott and ex Kourtney Kardashian‘s son Mason, 11, who isn’t even in junior high yet.

User @oh.schmidt.its.schmidt commented, “19!!!! 19!!!! I just can’t get past the fact she is still in her teens. 8 years older than his son still in elementary lol,” while @mollylang spoke the truth in her comment about Amelia, “she’s closer to his daughter in age than she is to him,” referring to Scott’s eight-year-old daughter Penelope, who is 11 years younger than Amelia. Whereas, Scott is 18 years older than his girlfriend.

Instagram users diss Amelia and Scott’s romance after she called him her ‘dream man’ in an IG story.

Fan @weedandwhiteclaw received 628 likes for asking, “Why are we not calling this man what he is? A predator,” with a several users writing “agreed!” or “exactly.” One added, “any man nearing 40 wanting to date a 20 year old is a predator….Let’s stop normalizing this behavior!” Scott’s last girlfriend Sofia Richie, 22, was also 19 when she began dating Scott. The pair broke up for good in August after three years together. Two months later, Scott and Amelia were first photographed together, arriving at a West Hollywood Halloween party. 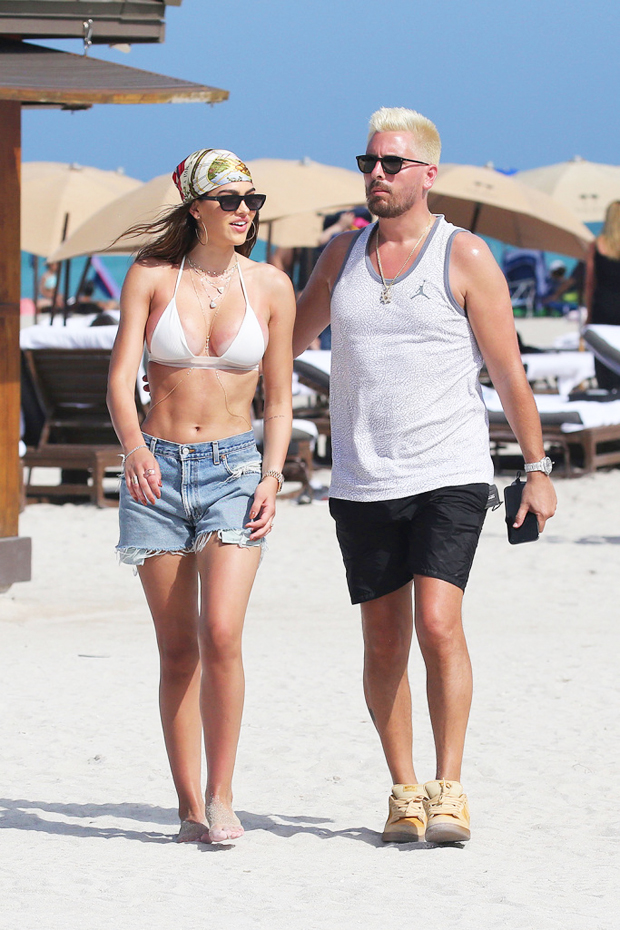 Other fans thought that Amelia is crazy about Scott because it puts her in the world of the Kardashian-Jenner family. User@cheychey.ard commented, “She just wants him cause he’s older and because of his Kardashian ties. If anyone cant see that then idk lol…I mean she’s slowly morphing into one as we speak!!! Her entire look changed in less than a month!!It kills me some people act like shes a victim to an older man…She knows exactly what she’s doin and is lovin every minute of it….”

More fans noted the same sentiment, that since Amelia started dating Scott, the plump-pouted teen is looking more and more like a member of the Kar-Jenners.  User @themetalheadmomma declared, “She’s morphed into a Kardashian,” while gabydollar asked, “Does he send all his girlfriends to the Kardashians/Jenner factory??” as Sofia switched from blonde bob to long brunette hair, and even changed up her wardrobe to be more sophisticated like Kourtney when she began dating Scott. If the brutal comments section of the post was any indication, Amelia’s romance with Scott does not have many people cheering them on.