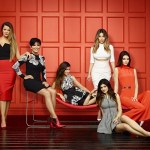 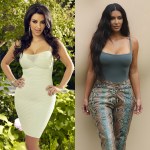 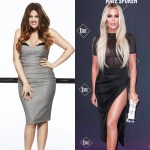 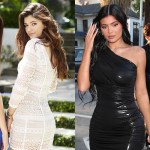 The ‘KUWTK’ is coming to an end. The ‘KUWTK’ series finale airs on June 10. See the KarJenner family’s transformations after 20 seasons!

It’s truly the end of an era. The final episode of Keeping Up With the Kardashians will air June 10 on E! There’s no doubt that the Kardashian-Jenner family completely changed reality TV when KUWTK premiered in 2007. After 20 seasons of breakups, makeups, babies, and more, the KarJenners are bidding farewell to the show that catapulted them all to superstardom.

When the show premiered in 2007, Kim Kardashian was the only notable name of Keeping Up With the Kardashians. She was initially known for being Paris Hilton’s bestie and that sex tape with Ray J. Over the course of 20 seasons, Kim has built an empire that includes makeup, shapewear, and more. She has been married twice since the show started — to Kris Humphries and Kanye West. She now has 4 kids: North, Saint, Chicago, and Psalm. Kim is currently in the midst of a divorce with Kanye after 7 years of marriage.

Kourtney and Khloe Kardashian have become household names after Keeping Up With the Kardashians. Fans have become fully invested in their personal lives and endeavors. The final season has teased whether or not Kourtney and ex Scott Disick, with whom she shares 3 kids, will get back together. However, Kourtney is currently happy and in love with Travis Barker.

As for Khloe, she’s suffered heartbreak over the years after her divorce with Lamar Odom and Tristan Thompson’s cheating scandal, but she’s in a better place than ever. Khloe and Tristan are on good terms and have their adorable daughter True. Khloe has explored the possibilities of having a second child with Tristan in KUWTK’s final season.

As we all get ready to cry like Kris while watching the KUWTK series finale, it’s amazing to think about all that’s happened since the show started and how far the family members have come. Through the years, we’ve watched the famous family grow up before our eyes, but it’s pretty jarring to see just how much they’ve changed from season 1 until now. Kendall and Kylie Jenner were SO young when they first started filming the reality show — 11 and 9, respectively — and now they’re ALL grown up. They look practically unrecognizable from the little girls they were on day one!

Kendall, who is now 25, started out as an awkward pre-teen on KUWTK, and now she’s one of the world’s hottest and most in-demand supermodels. Meanwhile, Kylie, who’s 23, went from a child to a mother over the course of the series. Although she doesn’t plump up her lips as much as she did in her late teen years, she is known for her signature pout, which helped her build a massive makeup empire. Kylie was dubbed the world’s youngest “self-made billionaire” by Forbes in 2019 after the success of Kylie Cosmetics. All the members of the KarJenner clan have had incredible transformations over the years, and we can’t wait to see what they do next.