Heiress Harris already knows how to bust a move! The daughter of Tameka “Tiny” Harris and rapper T.I. appeared in a new TikTok video with her cousins, as they danced to “Beat Box” by SpotemGottem and did the ‘June Bug’ challenge. The trend has seen TikTok users show off their awkward arm dance moves in a variety of locations — and Heiress totally nailed it. “Why baby @heiressdharris #junebugchallenge so cool tho,” Tiny captioned the video when she re-shared it to her Instagram page.

Her mini-me daughter looked ultra cool in a pink tank top, matching sweat pants and braids in her hair, as she effortlessly pulled off the dance moves in different locations around the house. Tiny continued, “big cuz @myathatmf said she edited the video cause she didn’t know how! What I’m gonna do with this baby.” Fans couldn’t get enough of the four-year-old prodigy, with one follower writing, “Why she so cool wit it,” while another commented, “she’s going to be a star. she’s a natural.”

It comes just a couple of weeks after Heiress’ half-sister Zonnique Pullins, who recently welcomed a baby girl, revealed the youngster was already an incredible aunt. When asked whether her brothers, King Harris, 16, and 12-year-old Major Harris, were “good uncles”, the T.I. & Tiny: Friends & Family Hustle star said Heiress “is better at her aunt job than these two.” 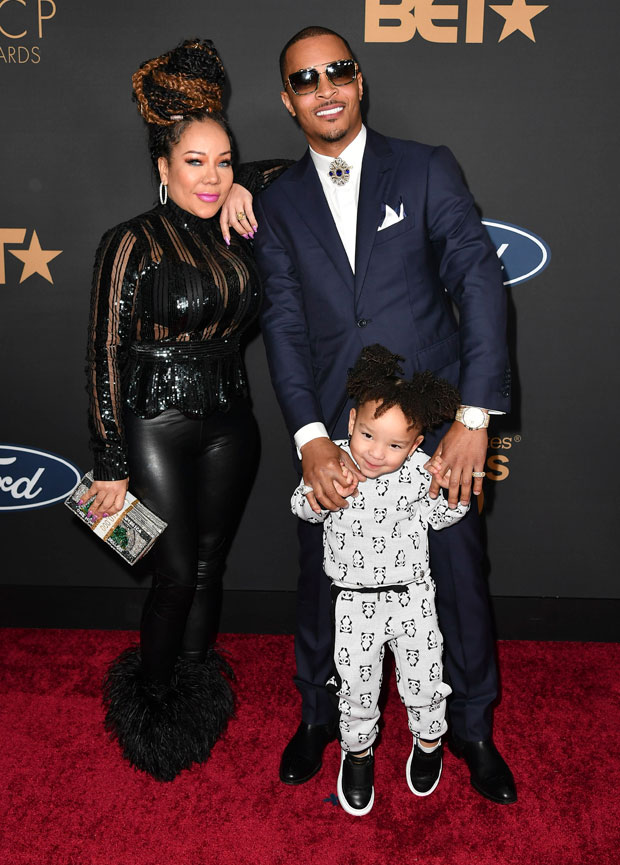 Though Zonnique gave her little sis a glowing review, she wasn’t completely on board with being an auntie at first. Tiny posted a video back in January of her daughter having a rough time. “First day on auntie duties [and] she’s already jealous,” Tiny wrote, explaining to fans that her mini-me wasn’t impressed with the sleeping arrangement. “You want the baby to sleep right there?” Tiny asked her daughter. In response, Heiress quipped, “The baby can sleep wherever she wants.”