Bruce Springsteen‘s DWI arrest on Nov. 14, 2020 managed to stay under the radar until Feb. 10, 2021 when it was revealed that the Rock and Roll Hall of Fame member was busted for driving while intoxicated while leaving a New Jersey National Park on his motorcycle. Now the police report from the incident has been released, and the arresting officer claims the rock legend was pretty out of it when he encountered the 71-year-old trying to ride out of the Gateway National Recreation Area in Sandy Hook, NJ. 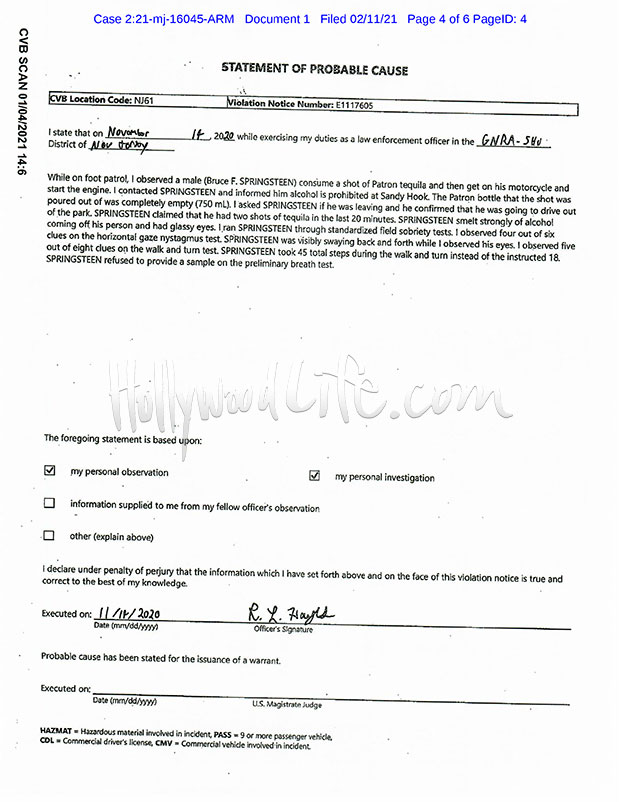 The statement for probable cause by the arresting officer in Bruce Springsteen’s DWI case. Courtesy: NPS.

“While on foot patrol I observed a male (Bruce Springsteen) consume a shot of Patron tequila then get on his motorcycle and start the engine,” the officer wrote in the police report. The NPS officer then said he told Bruce alcohol was prohibited at the park and noticed that the 750 mL bottle that the singer took the shot from was empty. The Boss then told the officer he was about to drive out of the park and that he’d only had two shots in the past 20 minutes, according to the report. 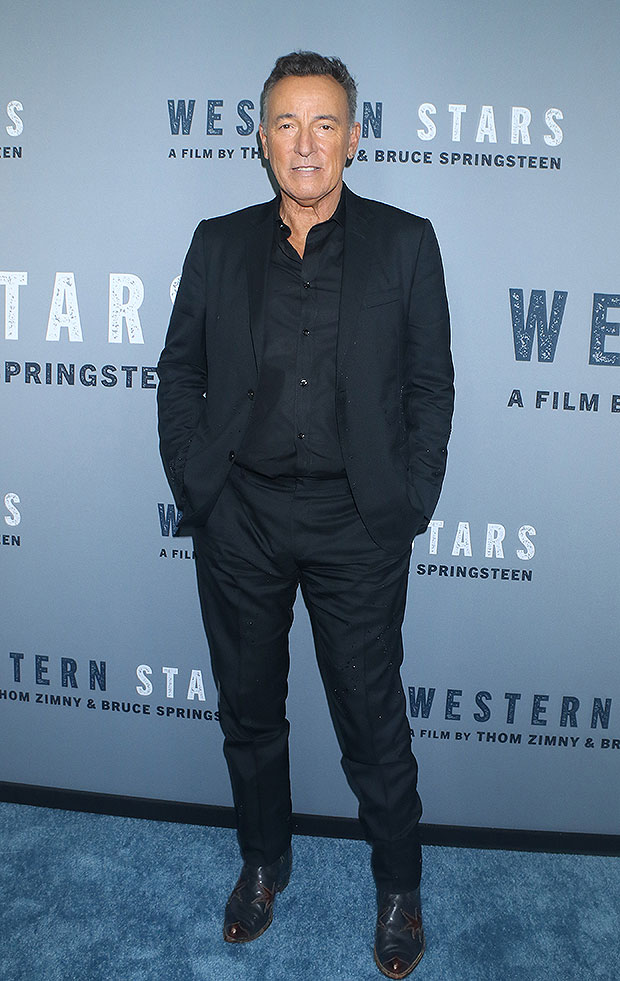 The officer said Springsteen “smelt strongly of alcohol coming off his person and had glassy eyes.” He then ran the “Brilliant Disguise” singer through a series of field sobriety tests. The officer noticed Bruce “swaying back and forth,” and then when asked to do an 18 step walk and turn, Springsteen did 45 steps instead of the number instructed. The police report notes that the singer refused to provide a sample on the preliminary breathalyzer test.

A spokesperson for the National Park Service confirmed the incident to HollywoodLife. on Feb. 10, adding that “Springsteen was cooperative throughout the process.” It’s unclear if Bruce was alone or with anyone else at the time of his arrest, which didn’t take place far from his family’s New Jersey home. No one other than Springsteen was was mentioned in the police report. 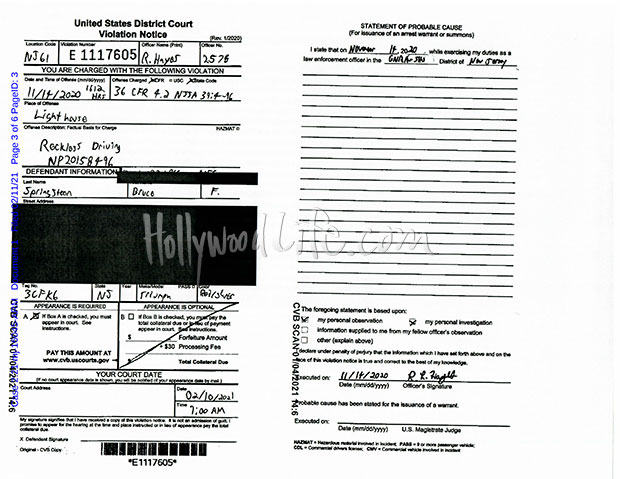 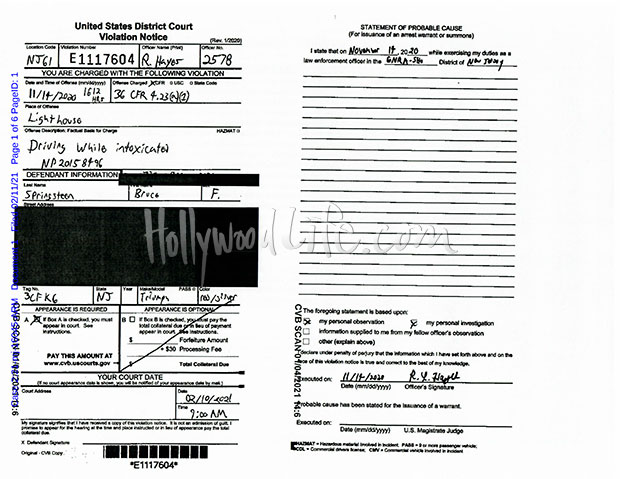 The arrest has already caused some professional fallout for to the rock icon. His Super Bowl LV Jeep commercial has been pulled from YouTube. The video, which was titled “The Middle ft Bruce Springsteen”, now reads “Video unavailable. This video is private.” Bruce narrated the two-minute video, which called for unity across America. He was seen throughout it, looking rugged in jeans, a shearling jacket, blue denim shirt, neck scarf and cowboy boots.

“Now fear has never been the best of who we are, and as for freedom, it’s not the property of just the fortunate few, it belongs to us all. Whoever you are, wherever you’re from, it’s what connects us, and we need that connection. We need the middle,” Bruce said in the commercial, while driving across Kansas, Colorado and Nebraska. The video also appeared to have been deleted from Jeep’s Twitter page.